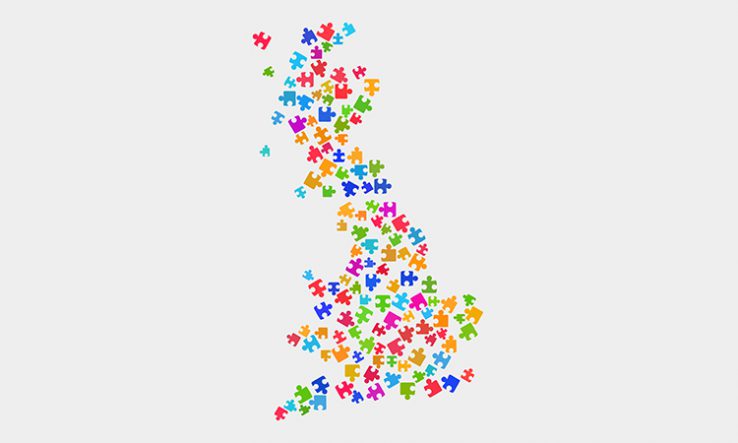 Awkward challenges stand in the way of effective policy, say Sarah Chaytor and her colleagues

Wishing for regional equality is not the same as delivering it. Successive governments have wanted to tackle stubborn differences in economic performance across the UK. Finding tools that actually do the job is more difficult.

Attempts to use regional R&D investment for economic development have had mixed success. As far back as 1963, the soon-to-be prime minister Harold Wilson argued that science and technology could “provide the answer to the problem of Britain’s declining industries and Britain’s declining areas”.

Too many began with high hopes and big ambitions but were cut short before they had time to deliver results. The opportunity cost of these initiatives was substantial.

Failures, whatever their cause, risk undermining confidence in R&D as an instrument of regional economic policy. That is not in the interest of the research and innovation community.

Providing the UK with more effective and sustainable approaches to regional research policy means facing up to some awkward challenges. Received wisdom should be tested against evidence.

In a report for the Higher Education Policy Institute published today, we explore some evidence and assumptions about research concentration and regional R&D. These include international comparisons, metrics and levels of geographic granularity for policymaking.

These might seem like technicalities, but they have profound effects on one’s view of the geographic distribution of funding and activity, and so on the choices presented to government and research funders.

We find that research concentration is not peculiar to the UK. In cash terms, R&D investment here is in fact less concentrated than in either Germany or the United States.

There is no uniquely authoritative measure of research concentration. The apparent distribution of research across the UK varies from one measure to another. R&D investment often varies more within regions than between them.

Creating new R&D facilities in unproven places—“building a particle accelerator in Blackpool”, as one observer put it—might reduce disparities in research funding within a region, but building the partnerships needed to deliver research impact could take several decades.

It is even less clear how R&D investment alone could ever deliver regional economic growth. It is not a magic potion but a vital ingredient in a cocktail that includes transport, housing, regulation and skills.

Weak connections between these domains hinder regional R&D from gaining political traction. Without strong advocacy or clear integration within a national policy framework—and with outcomes of investment hard to predict—regional R&D struggles in contests for public spending.

Detailed proposals fall prey to changes in political leadership, even if the overall ambition of regional economic parity remains intact. The purpose of regional R&D remains ill-defined. The effort of reinventing regional policies comes at the expense of actually delivering results.

Nevertheless, there are reasons to be hopeful. The government has a £4 billion Levelling Up Fund, announced in the 2020 Spending Review. Powers have been devolved to cities across the UK, including the creation of metro mayors and City Deals.

The government’s R&D Roadmap emphasises the importance of "ensuring that our R&D systems make their fullest contribution to our levelling up agenda” and promises an R&D Place Strategy “to unlock local growth and societal benefit from R&D across the UK”.

Science minister Amanda Solloway said last December: “This is not simply about how much money we are spending in each place. Levelling up the United Kingdom is about outcomes, so our focus must be on the impact that our R&D system can have in different places across the country.”

In a speech to the Foundation for Science and Technology, the former chief executive of UK Research and Innovation Mark Walport laid out four requirements for successful regional R&D investment: academic strength; business strength; local government support; and good leadership. The first two are established, the others are in reach.

Will the Levelling Up Fund, regional devolution, the Place Strategy, and better regional data combine to allow greater clarity of purpose in regional R&D? Perhaps, at last, we can reach the end of the regional rainbow and collect the rewards.