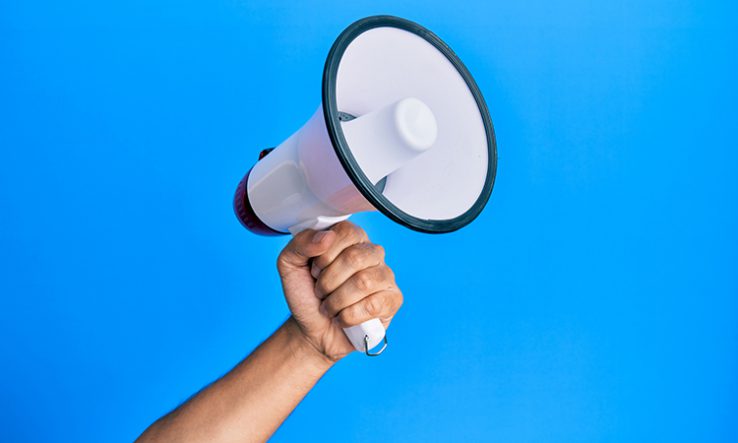 Recent cuts to international development research remind us how fragile success can be. Announced in the 2015 spending review, well-placed political backing had propelled the Global Challenges Research Fund ever-upwards in size and strategic importance. Yet today that support has waned and, without a clear voter mandate, international development research finds itself facing hard-to-swallow cuts and an uncertain future.

Even when all the signals are promising, the research community must be prepared for the political tide to turn. The government has committed to doubling public R&D investment by 2025, but we are currently a long way from reaching that goal.

Incremental progress is welcome, but it shouldn’t distract from the challenging path ahead. If we want to see the promises of doubled budgets become reality, we must secure a succession of R&D-friendly budgets, spending reviews and manifestos.

Today, we’re announcing a bold public-facing campaign, run by the Campaign for Science and Engineering (Case) and funded by the Wellcome Trust. Its goal is to secure the enduring public support needed to see R&D targets delivered, not just promised.

The campaign will experiment with new advocacy tactics, drawing lessons from successful campaigns in other sectors. And it will work with experts across and outside the R&D community to broadcast a clear, consistent and effective message to the public.

Forming the next phase of Case and Wellcome’s joint R&D Decade project, the campaign will build on independent analysis produced last summer by the policy specialists Public First. This explored how best to avoid R&D commitments falling victim to changing economic or political circumstances, and recommended that our community embraces a wider range of advocacy tactics to make its case.

Through focus groups and opinion polling, Public First showed that public support for R&D is broad but shallow. That leaves the sector overly reliant on a narrow base of political champions.

As advocates, we find ourselves in a situation where R&D is a manifesto issue, but not a doorstep issue. This mismatch leaves promises and policy dependent on a chain of political supporters—and if just one link breaks, R&D targets will sink from sight.

Now is the moment to get ahead of these inevitable challenges. We must aim to build an environment where commitments to boost R&D investment feel politically non-negotiable, and where R&D spending feels as important and relevant to the public as funding the NHS.

We’re setting three objectives for this new campaign. First, we want to secure significant progress towards increased R&D investment. Second, we want to lock in that progress by nurturing a broader and more resilient base of public support. And third, we want to work with our community to share what works.

By focusing on the ends, we hope to give the campaign flexibility on the means. As with any experiment, we’re ready to learn as much from the failures as the successes.

This represents an exciting new chapter for Case, whose advocacy work will continue, with this new project complementing those existing strengths. We’ll be able to imbue the campaign with Case’s founding principles of rigour and evidence-based advocacy, while giving it the freedom to channel these in new ways.

The campaign will be run by a new, dedicated team within Case, supported by an advisory board of campaigning experts from a range of sectors. We’re also seeking a high-profile project chair—a seasoned campaigner from any sector, who will act as the public face of the campaign and guide its strategic direction.

As we assemble this team over the summer, the campaign will turn its focus to developing its identity, strategy and public profile. We hope that Research Fortnight readers will support Case and the new team during these important first steps.

In return, the campaign will make its findings public, as it begins to better understand the public’s relationship with R&D. It will use this to hone and test a stronger voice and clearer message for our shared cause.

As the Public First report says, our community starts from a position that “many campaigns would envy”. Our advocacy so far has won ambitious R&D commitments on paper, but we’ll need to go further to see those promises delivered. We hope this campaign can help us rise to that challenge as a community.

Daniel Rathbone is assistant director of the Campaign for Science and Engineering. Ben Bleasdale is senior policy adviser at the Wellcome Trust