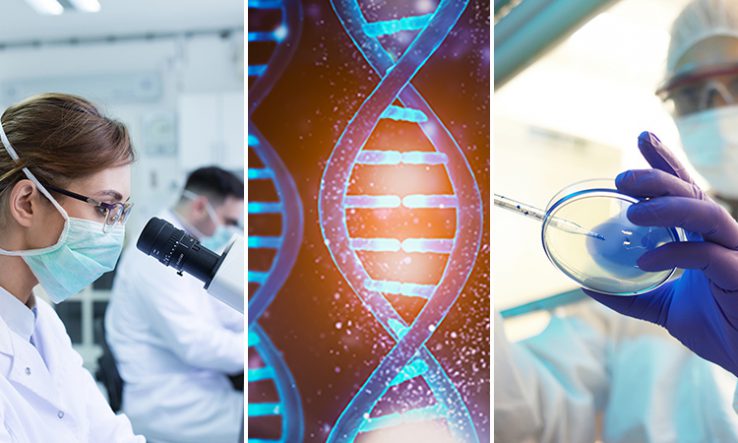 The UK’s Life Sciences Vision, launched last Wednesday, sets out the next steps for an industry that the government sees as one of the best hopes for generating skilled, well-paid jobs and export income, while also bringing to market innovations that reduce disease and save lives.

The vision is the latest in two decades of government initiatives aimed at making the life sciences industry a testbed for the rebirth of UK industrial strategy. These stretch back to 2003, when what were then called the Department of Health and the Department of Trade and Industry, along with the BioIndustry Association, launched a coordinated effort to spur the growth of the UK’s emerging life sciences firms.

These firms, though, struggled to maintain the support of domestic capital markets. At the same time, large pharmaceutical companies continued to downscale their UK R&D sites. This prompted two Life Sciences Industrial Strategies, launched in 2011 and 2017, heralding deeper state and industry co-investment, along with greater alignment towards common goals.

These contributed to the life sciences industry increasing employment by 1 per cent per year over the past decade—albeit against an average of 1.2 per cent for all UK sectors. Yet the industry’s turnover declined by 2 per cent over the same period.

The story on investment is more positive, with UK biotech firms reported to have raised more than £2.8 billion in 2020—the best year ever and 10 times more than in 2012. But acquisitions of promising domestic firms by international rivals continue to thwart the 2017 strategy’s goal of growing a clutch of UK businesses worth more than £20bn each.

Rather than focusing on building large businesses, which is arguably beyond the power of government, the latest vision focuses on establishing seven missions backed by government departments, agencies, charities, trade associations and life sciences firms. The missions aim to support innovations in vaccines and to address neurodegenerative disease, cancer, cardiovascular disease and obesity, respiratory disease, the biology of ageing and mental health conditions.

These missions will require the UK to build up key capabilities in translating research results to the clinic, early diagnosis, vaccine discovery and manufacturing. Each will also need strong leadership and its own strategy. No new funding has been announced for these at present.

Crucially, the vision also identifies some “critical” preconditions, without which its ambitions “will not be delivered”. All are familiar problems—which perhaps should be a first hint to temper our expectations.

First, the UK needs to raise R&D investment to 2.4 per cent of GDP to reflect its ‘science superpower’ ambitions. This should be squarely in government’s control, despite recent budget cuts at UK Research and Innovation.

A second precondition is that the UK’s emerging life sciences firms need better access to long-term investors, such as pension funds. Although current investment figures look strong, a recent report from the BioIndustry Association suggests that, lacking adequate domestic backing, UK firms have become too reliant on US investors, raising concerns that they could move their operations west.

The vision acknowledges the attractions of such a move: in the US, the average size of a venture capital funding round is around £20 million, compared with the UK’s £9m, with this gap widening over time. The disparity continues for firms seeking a stock market listing, with New York’s Nasdaq index valuing biotech firms 20-30 per cent higher than the London Stock Exchange.

The 2017 Life Sciences Strategy deferred this problem to the Treasury. Now, a taskforce is promised to look into it, and a Life Sciences Investment Programme will have £200m to leverage much-needed patient capital from investors.

A third precondition is easier access to the NHS’s trove of healthcare data. This, it is hoped, could be facilitated by more simplified governance and oversight, while maintaining standards, transparency and public trust. Yet access to this data has only recently been delayed due to an outcry over inadequate transparency and safeguards.

Finally, perhaps the most difficult precondition to fulfil in the middle of a global pandemic is the vision’s reliance on the NHS as an “innovation partner”, adapting to support industry access to its capabilities and market. Within a week of the vision’s launch, officials have warned health secretary Sajid Javid, who co-authored its foreword, of the impact the virus’s resurgence will have on NHS waiting lists. It is difficult to imagine how an already overstretched service can respond to further demands.

Michael Hopkins is professor of innovation management in the Science Policy Research Unit, University of Sussex