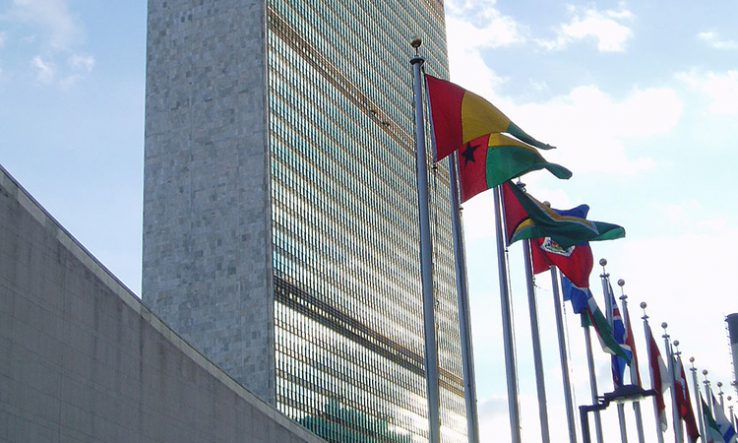 Among the most important of the ongoing pandemic’s many lessons is the dramatic demonstration that following scientific advice pays off in real time.

Consider, for example, the concept of ‘support bubbles’—rules for limited social contact introduced by the UK government in June 2020. This was a science-led strategy for social distancing that flattened the Covid-19 curve after lockdown and was important to so many for their mental wellbeing. It has since been implemented in various forms by other governments.

The pandemic has also amplified the importance of global scientific collaborations. There is little doubt that without strong collaborations and data sharing right at the start, we would not have seen the incredibly rapid development of vaccines.

Alas, despite the promising start, it’s not all plain sailing. As political tensions mount, scientific collaboration around Covid-19 has fallen.

Politics should never come between scientists—and the UN, with its power to convene internationally, has a unifying role to play. Collaborations will remain key to solving other crises.

The upcoming COP26 climate conference is the most significant global climate meeting since 2015. A new round of commitments to cut greenhouse gas emissions is expected to be agreed.

These commitments are rooted in scientific evidence provided by more than 200 scientists from around the world as members of the Intergovernmental Panel on Climate Change. Their most recent report shows that despite much persistent damage to the climate, the Paris target can be met if global emissions reach net zero by around 2050. Many countries have now committed to this target.

Relevant research emerges all the time and should be taken into account. Only last week, a team at University College London reported in Nature that 89 per cent of coal reserves, 58 per cent of oil reserves and 59 per cent of gas reserves must remain in the ground for us to have a 50 per cent chance of hitting internationally agreed climate change goals.

The global fossil fuel industry already faces bleak prospects, but this work shows that further limits on extraction will be needed to improve our chances of reaching the 1.5C target. As difficult as it may seem, we must heed researchers’ advice.

History teaches us that global political will can make a real difference. The Montreal Protocol, finalised in 1987, has succeeded in reducing ozone-depleting substances in the stratosphere. As a result, the ozone layer is recovering, as is the tropospheric circulation in the southern hemisphere.

The protocol is widely considered to be one of the most successful and effective environmental treaties. We can do more—but to do so, scientists and politicians have to come together as a matter of routine.

The UN has recognised the role of science on the path towards achieving the Sustainable Development Goals, and secretary-general António Guterres has commissioned the second UN Global Sustainable Development Report. It is time for the UN to take the next step and place science front and centre on the agenda of the UN General Assembly.

The UN sees its General Assembly as the means to bring together world leaders, civil society champions, young people and global businesses to reinforce and reinvigorate our collective determination to solve our shared problems. The absence of an explicit mention of science in this vision is a grave omission.

It’s an omission that is likely to be costly, to humanity and to global ecosystems. The world cannot afford it; it’s time to formally and explicitly extend the invitation.

Magdalena Skipper is editor-in-chief of Nature.