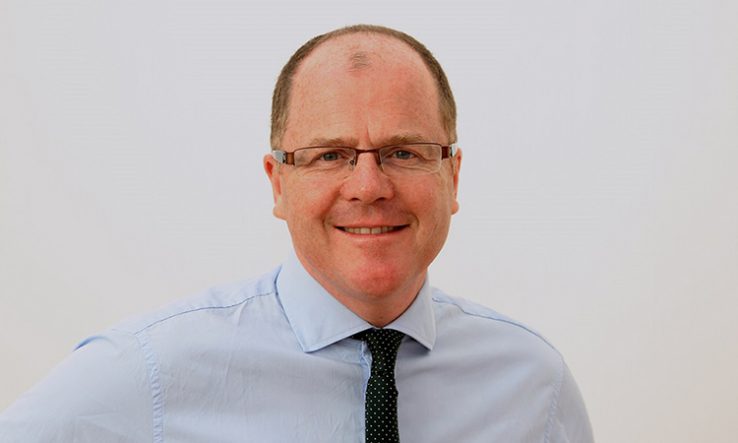 For the umpteenth time in recent years, we find ourselves becoming acquainted with a new minister for science, research and innovation. George Freeman, MP for Mid Norfolk and former minister for life sciences, will pick up where Amanda Solloway left off. He will be eager to get into his office in the Department for Business, Energy and Industrial Strategy (BEIS), meet the team, and get stuck into a job he’s said to have coveted for a while.

In his induction meetings, the new minister will naturally pick up a thing or two about his predecessor’s priorities, including how action around research culture and assessment has informed the department’s work plan. But the world moves on, and Freeman will be looking ahead, building on his recent work for the prime minister on post-Brexit opportunities. In that spirit, here is a rundown of four issues that will be near to the top of the new minister’s in-tray.

This seems an obvious point, but it’s worth remembering that the reshuffle commenced just two days after departments submitted their bids to Chancellor Rishi Sunak for the next three years’ public spending.

With business secretary Kwasi Kwarteng remaining in post, there will be less impetus in BEIS to revisit these plans than in departments with new secretaries. You can easily imagine Liz Truss, for instance, wondering if her foreign office officials seriously expect her to peddle the spending ideas of her demoted predecessor.

However, it is vital for any new minister to become familiar with the bids in their patch that went across to 1 Horse Guards Road last Monday. The funding that follows will not only set the framework for the rest of the parliament—making it the yardstick by which the minister will be judged—it’s also the fuel for powering his or her priorities.

It’s therefore crucial to make space, in and among the meetings of that first week, to ask fundamental questions of the department and to challenge received wisdom. Stakeholder Zoom calls can wait.

Another key point about the spending review is that it is expected to be unusually tight. It’s no secret that the numbers in the Treasury’s capital stack, the master spreadsheet that balances capital need with overall availability, are looking a lot scarier than they did before Covid.

The government says it remains committed to increasing overall spending on R&D to
2.4 per cent of GDP by 2027. Most agree that keeping this headline promise means getting the private sector to invest the lion’s share.

The government has repeatedly promised to pull its weight, committing in March 2020 to increase annual public R&D spending to a whopping £22 billion by 2024-25.

Such a huge increase would undoubtedly go a long way towards cementing the UK as a science superpower, but it would also represent a seriously stretching delivery challenge for funding bodies such as UK Research and Innovation.

And then there’s the fact—noted pointedly in a July speech by John Kingman, the outgoing UKRI chair—that in this year’s Innovation Strategy the £22bn figure had, curiously, lost its target date.

Whitehall insiders know this kind of omission doesn’t happen by accident. It makes you wonder whether the folks in Polaris House really believe all their Christmases are about to come at once.

More significantly, the messy budget process for 2021-22 showed that the Treasury no longer sees the ringfence around the UK’s core science budget as sacrosanct. In straitened times, R&D is a spending line large enough to tolerate brutal and damaging cuts inflicted via the aid budget, or to stretch at the seams to incorporate the eye-watering membership fee for Horizon Europe.

When the numbers can’t be trusted, the government’s promises become worthless. As the person with overall responsibility for ensuring the UK’s science base doesn’t bow under the pressure of both harsh spending cuts and unpredictable new promises, Freeman will face a significant early reality check.

One of the more eyebrow-raising announcements in this year’s Innovation Strategy was that Nobel laureate and head of the Crick Institute Paul Nurse would be asked to review the landscape of R&D institutions.

This doesn’t mean Nurse is having another crack at the research councils, following his 2014 review that led to the creation of UKRI—although I suspect reforms will come in time. It means one thing and one thing only: that if the taxpayer is to shell out billions of pounds every year on research, then it is right to ask whether the sector is in the best shape to deliver the best results.

Freeman, meanwhile, will be reacquainting himself with the ‘valley of death’, where promising inventions asphyxiate before they reach the oxygen of the free market. Some will ask why the UK can’t be more like Germany, with its Fraunhofer Institutes for translating research into applications. Or the United States, with its history of iconic standalone labs funded by industry or philanthropy.

He will also hear that the British system doesn’t let genius roam free like it can at, say, the Howard Hughes Medical Institute’s Janelia Research Campus in Virginia, and how our academics are force-fed a diet of acronyms until they lose sight of all things beautiful or useful.

With an early career in biomedical venture capital, Freeman will surely recognise the complaints he’ll hear from investors about the size of the equity stakes that universities demand from their spinout companies’ founders. Expect an early skirmish on that front.

When the UK’s status as a science superpower depended only on boasting the cheapest field-weighted citation impact in the Western world, there was little case for change. But whatever you think of the picture painted above, the country’s changed economic, political and strategic position makes it clear that we need so much more from our research base than simple academic prestige. The new science minister will want to ensure Nurse can help us get the prescription we need.

Freeman arrives in the department just a few days after the signing of a landmark nuclear submarine pact with the US and Australia. As Tom Tugendhat, the Tory chair of the Commons’ Foreign Affairs Committee put it, this is about more than boats. It’s about the critical defence of British interests.

The integrated review published in March set out a fresh position on foreign, defence and security policy, with science and tech at its heart. The private office will put this document near the top of Freeman’s reading pile. He will be acutely aware of Tory backbench feeling towards China’s government, and may even feel it imperative to get a grip on hostile state interference in our research base, theft of intellectual property, spying and more.

Freeman, however, will also be hearing from other quarters all about the importance of international collaborations for sustaining UK research excellence, and how we should be working with the best anywhere.

This is the wrong message. It is steeped in the research sector’s naive belief that the arc of history is bending towards a Star Trek future of global cooperation. But today’s world is driven by national self-interest—more Han Solo than Jean-Luc Picard.

As a member of the new cabinet committee for science and technology, Freeman will be closely involved with the formation of the Office for Science and Technology Strategy, announced in June and being set up in the Cabinet Office with chief scientist Patrick Vallance at the helm.

This isn’t strategy by PowerPoint or Post-it Note. Neither should it rest on diffuse concepts loved in academia, such as interdisciplinarity and connectivity. It’s the militaristic language of equities, and of ends, ways and means.

The UK must confront some harsh realities about the risks it faces, and some tough choices about which areas it should prioritise as national strengths. One such choice is how to orient our scientific and technological endeavour towards growing and protecting domestic capability.

These are uncomfortable ideas for many in the research sector. But the concept of research sustainability is fundamentally tied to these ideas. It is about nurturing and recruiting the next generation of talent, and about the UK’s place in a global race for ideas.

Ultimately, Freeman will want to ask questions about how our research system is responding to the complex opportunities and threats that Global Britain implies. The innovation missions and technology families set out as priorities in the Innovation Strategy will only become real when these questions are answered.

He will need the sector’s help and support with this agenda. We must provide it.

Despite his familiarity with the sector, Freeman may feel quickly overwhelmed by the sheer weight of jargon, the toughness of the conceptual trade-offs at play, and the quaint verbal shibboleths that ideate the locus of academia.

With the three issues above taking up significant amounts of time and energy, he will welcome an opportunity to take a step back and consider the big picture. And that’s an opportunity to see the impact of our research and innovation system in person.

One of the amazing things about being policy adviser to three science ministers was that I got to see firsthand how each fell in love with what we do in UK R&D. I could see that joy of discovery, that spark of imagination, that recognition of seeing something special come to life in a business, in a lab or in a community.

Because it is truly incredible what we do. From the vaccines developed by the Jenner Institute at Oxford, to the inspiring graduate startups at the Imperial Enterprise Lab. From the better-than-experimental protein folding predictions of DeepMind, to the astonishing industrial research partnerships that are the lifeblood of my new home at the University of Strathclyde.

Freeman will know parts of the system, but he won’t have seen the full breadth of our work, and the significant impact that our amazing R&D sector has on people’s lives, on the sum of human knowledge, and on the world around us.

At this most critical moment, it is vital that we show our new minister the contribution we can make. We can help him to fall in love with UK R&D all over again.