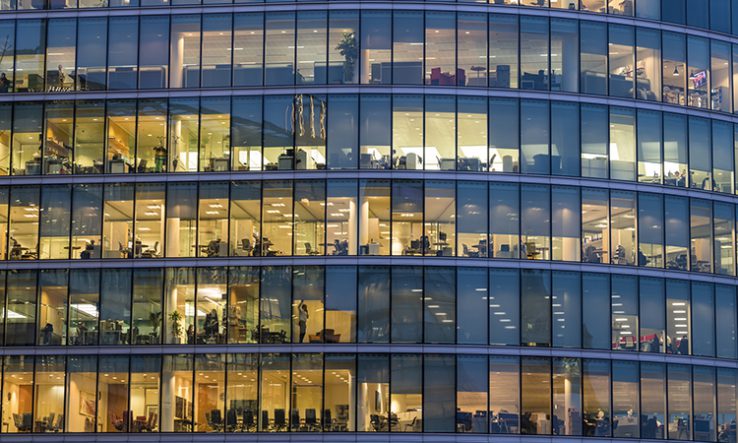 Innovation in services and management is as important as funding basic science, says Paul Nightingale

Much current thinking in UK science policy is focused on increasing funding for basic research to grow future industries and boost economic growth. Such thinking looks to 1950s America, where big public science budgets spurred the emergence of sectors such as antibiotics and plastics, and coincided with a long period of growth.

This correlation shapes science policy to this day. However, there are four big problems with thinking that funding more science leads to more economic growth.

First, the economic returns of science spending are complex and nonlinear. In recent years, a large increase in UK science funding has coincided with a collapse in productivity growth. Things might well have been worse without that funding boost, but a more sophisticated case now needs to be made for any further increase.

Third, research commercialisation needs a lot more than basic science. In the US, for example, the Ford Foundation spent more on social science between 1951 and 1957 than the National Science Foundation spent on all the sciences put together.

Focusing on basic science mistakenly assumes that technologies leave the lab almost ready for the market. This delusion leads to the neglect of development, users and management—and eventually an innovation system that produces excellent science without productivity growth.

Fourth, the UK has changed. High-tech manufacturing is 3 per cent of the economy. The rest is mainly services. Innovation in services depends on improving processes, data and infrastructures, usually through internal efforts to modify and improve bought-in technology.

As the UK financial sector shows, service firms can be innovative without being R&D-intensive. This doesn’t make research less important, but such firms need different kinds of research, from different sources.

Innovation in services rarely flows from research discoveries. But it does benefit from other research outputs, such as skills, data, collaborations and so on.

This year, the UK needs to better align its research system with its economy. A good starting point would be to recognise that we aren’t at the technological frontier in all industries. We do only eight per cent of the world’s research, and so need to import a lot of science and technology.

One way to do this would be to set up a diffusion-focused council within UK Research and Innovation, to complement Innovate UK. I like CBI director general Tony Danker’s idea of calling it Accelerate UK.

Development also needs more support. The Swiss have done this by building universities that focus on development and application rather than basic research. The UK has ample room to create similar universities, focusing on applied research but still very research-intensive.

These could help their local areas by offering more fluid career paths between research in academia and business, and work with Accelerate UK to introduce foreign technology and adapt it to local needs.

Firms also need more help to capture value from innovation. To do this, the UK should create a research council for management. Business and management studies account for a tenth of the UK’s academic staff but only a tiny fraction of its research funding. At present, rigour and relevance often seem mutually exclusive in these disciplines: that divide needs to close.

Last, and perhaps most difficult, more needs to be done to integrate research, innovation, tertiary education, skills and employment policy. Twenty-first century problems, from levelling up to climate change, don’t fit into departmental or disciplinary silos.

The forthcoming rebuild of departmental research budgets is encouraging, but government will still require a stock of external research capability. At current budgets, some research councils struggle to fund basic disciplinary research, meaning little is left for interdisciplinary work.

Despite all these possibilities, too often institutional inertia prevails. When basic research doesn’t deliver, the science lobby responds like a Victorian physician, arguing for doubling the dose and burying inconvenient evidence. Rather than asking why policies haven’t worked, we set up organisations like the Advanced Research and Invention Agency, hoping for a steampunk mashup of the British Empire and Silicon Valley. An alternative might be to ensure the research system matches the needs of the UK as it exists today.

Paul Nightingale is professor of strategy in the Science Policy Research Unit, University of Sussex