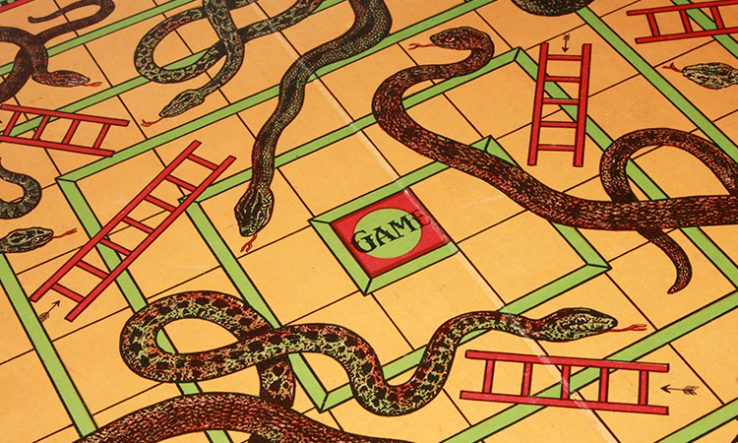 Students are paying to get ill, but an alternative is within reach, says Helen Lees

Many young people want to build their lives around universities—some for a few years, others for their whole careers. They will work to their limits to get in, to succeed as undergraduates and, if PhD students, to become academics. But many of those students who start their courses so full of dreams find the reality shattering.

The statistics are shocking. In this year’s Student Academic Experience Survey, conducted by the Higher Education Policy Institute and Advance HE, the fact that only a third of students report their course as poor value for money was seen as positive. I beg to differ.

Even sadder was what the same survey said about how students are feeling. Of any four, one reports being lonely ‘most’ or ‘all of the time’. That’s really lonely. Only 14 per cent report low anxiety. The figures for those from marginalised communities and people of colour are worse still.

Can lonely, anxious students make the connections that will allow them to safely share and assuage those feelings? If they can, I would argue that it is despite the culture in universities, not because of it.

University staff—the ones who have, apparently, made it—know the reality. They are stressed and disenchanted, loathing significant aspects of the managerial atmosphere of their institutions.

This is hardly a secret, but going public in writing or speech can be a quick route to disciplinary proceedings and seeking another job. Even so, the only way out of the growing inhumanity in and of universities, where money, reputation and a very particular kind of knowledge development serves a dominant few, is to name it.

The university as culture and as idea is failing. Universities seem not to understand or care how they affect the emotions and relationships of their students and staff—especially those who arrive with less social capital.

There has been a systemic failure to create an environment that nurtures creative connections, personally and academically. If anything, the university environment has become actively disempowering, making it harder for those in it to forge meaningful, sustainable and kindly connections.

In my new book, Playing the University Game: The art of university-based self-education (Bloomsbury), due out in August, I suggest that many students—probably more than one in five—are paying universities to get ill or sad. From here, I look at what it would take for them to enjoy themselves and thrive.

I start from the premise that the university is an anxiety machine (to quote the education scholar Richard Hall) that doesn’t particularly care about how the members of its community feel. Universities, I argue, have become permeated with the drama triangle, a classification invented by the psychiatrist Stephen Karpman, in which people fall into the roles of victims, persecutors and rescuers.

Based on my own scholarship and conversations with others, I suggest that the aim should be to “use the university like it uses you”. That means a focus on self-care, with a view to creating a meaningful community, whatever toxicity the university might throw your way. A lot of it involves returning to oneself, leaving the bad-dream aspects of university life behind.

It also means building new norms that push against the prevailing culture, and moving to a ‘winner’s triangle’, an extension of Karpman’s original idea characterised by a blend of assertiveness, caring and vulnerability. For those in universities, that means stating vulnerability, seeking and requesting solutions, and applying self-care.

Playing the university game requires realism, not cynicism. In some ways, it is almost an old-fashioned approach, one that will already be familiar to those who arrive at university feeling like they belong.

I identify writing, for example, as a route to wellbeing in the university experience. Appreciating and practising writing is a secure and honest formula for winning and enjoying university. By supporting students to enjoy writing, staff can help them succeed on their own and the universities’ terms, and make meaning together.

This is less simple than it might sound. Getting to good writing—that which empowers, sustains and thrills both writer and reader—will only be possible after a foregrounding of self-care, vulnerability and solutions-naming in university spaces.

The next survey question then, is: can universities cope with such a cultural shift from silences, lonely isolation and not naming the problem, towards people talking through the issues they feel and face, reaching for connection and enjoying themselves? Game on.

Helen Lees is an independent scholar based in Florence, Italy