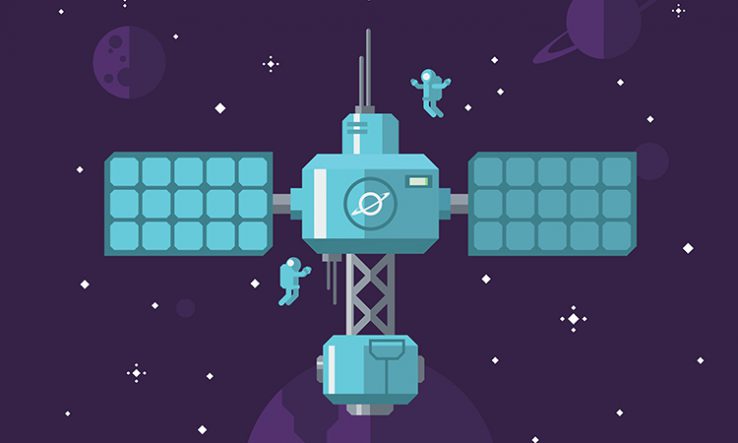 The science minister of self-proclaimed space-based nation Asgardia has outlined plans for the establishment of a university dedicated to exploring living in space, as part of ambitious and out-there plans for science investment.

Founded in 2016, Asgardia claims to be “a fully fledged and independent nation, and a future member of the United Nations”.

From 14 to 16 October a group of “Asgardians”—who pay a fee to become “citizens” of the group and vote in elections—and citizens of other nations held their first science conference in in Darmstadt, Germany. It attracted some 100 scientists, some of them eminent researchers or former astronauts from the likes of MIT and the European and Canadian Space Agencies,

Mark Shelhammer, former chief Scientist of the NASA Human Research Program, said the whole concept of a space nation “sounds a bit wacky when you first hear about it” but that “it’s no cult” and the ideas discussed at the conference were serious. “I’m warming up to the idea.”

Those present in Darmstadt heard presentations on laser propulsion, plans for the first space babies, and a redesign of underwear for space tourists—all with a long-term mission of establishing humankind in space beyond Earth.

Scientific investment is one of the main targets of Asgardia, said its science minister, Floris Wuyts, who is also a physics professor at the University of Antwerp in the Netherlands.

“We really want to do something about science. Science is tremendously important for the whole concept of Asgardia,” he said.

Wuyts sees the conference as the successful first step, and wants to find an economic model to invest in research next. “That’s definitely where we want to go.”

In the pipeline, he says, is a university dedicated to addressing some of the scientific challenges discussed at the conference, from the effects of microgravity on human health and reproduction in space, to finding cheaper propulsion technologies to get into orbit.

Wuyts calls the university concept ASTRA, the Asgardian Science and Technology Research Academy. He likens it to top football clubs that attract and fund the best talent from around the world.

ASTRA will be “an institute which will stimulate scientific projects where everyone in the world who has a good idea can apply for funding”.

“The mandate of this university must be to implement the mission of Asgardia,” says Ram Jakhu, associate professor at McGill University in Canada, who talked about space law at the conference and presented one vision for the new university.

“It could be based on any place on Earth, but my suggestion is that it should be on a small island but which is big enough to house this educational institution, Asgardia headquarters, and other enterprises—both educational and private—involved in space activities.”

He envisages a university with a central location, and branches around the world.

“This university must collaborate, not compete, with other like-minded educational institutions, private enterprises, NGOs, national governments and international organisations,” he says. “In the near future, I will be working on the details of this concept.”

And once the concept is done, Asgardians will need to find the money for it. So far, their activities have been largely funded by the leader and founder of the space nation, Russian scientist and billionaire businessman Igor Ashurbeyli.

Ashurbeyli says Asgardia will have a budget of around €15 million in 2020, €1.2m or so of which will go to the science ministry.

At a later stage, he says, shares issued by the nation will generate a fund of €13 billion over a five-year period, which will be invested in technological projects and other things. In 25 years, he envisages Asgardia’s budget rising to €25 trillion.

Part of the plan to generate money is by launching a new digital currency, which has been patented under the name the Solar.

Frank De Winne, Belgian astronaut and head of European Astronaut Centre at ESA, says the whole concept makes sense once you start thinking of the long term, and the environmental problems facing the planet.

Even De Winne admits though that,  “Like any rational person, you have scepticisms when you hear about this.”

Our reporter’s travel costs to the conference were paid for by Asgardia.