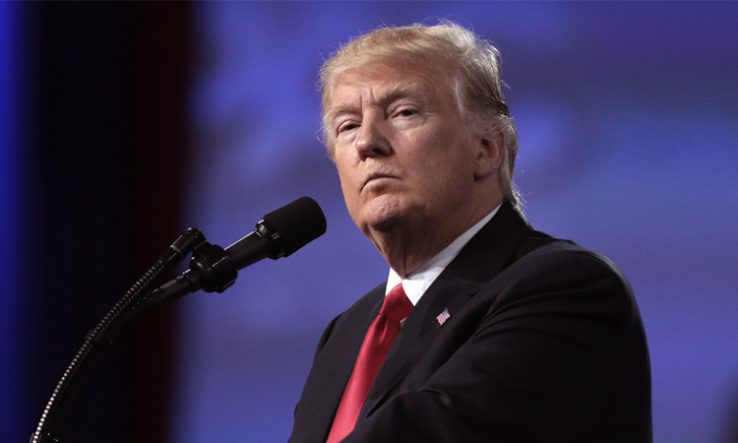 Outrage is growing around the world over US president Donald Trump’s decision to withhold millions of dollars of funding for the World Health Organization.

Trump said on 14 April that he would stop payments to the WHO over what he characterised as its mismanagement of the coronavirus pandemic and it being “China-centric”. His earlier threats to do so triggered warnings of serious consequences from academics.

Initial mutterings of discontent over the move have now grown into roars of outrage.

“It is critical for the US to continue its funding for the World Health Organization in the midst of the Covid-19 pandemic given the WHO’s lead role in coordinating an international response, especially in developing countries,” said the presidents of the three US national academies.

Other researchers also expressed huge concern over the funding cut.

Peter Piot, director of the London School of Hygiene and Tropical Medicine, said earlier this week that “halting funding to the WHO is a dangerous, short-sighted and politically motivated decision, with potential public health consequences for all countries in the world”.

The US was due to pay $58 million in ‘assessed contributions’ to the WHO for 2020, although it is currently $99m in arrears from late payments for 2019 and 2020. The country regularly contributes more under a separate scheme for voluntary payments.

Failing to pay could significantly distract staff at the WHO, which is central to fighting the coronavirus.

WHO director general Tedros Adhanom Ghebreyesus said on 15 April that his staff were reviewing the impact of the US move, and would seek to fill financial gaps with support from other partners. “When we are divided, the virus exploits the cracks between us,” he said.

“As the most authoritative and professional international institution in global public health security, WHO plays an irreplaceable role in responding to global public health crises,” said a spokesman for the ministry. “As the global fight against the virus comes to a crucial stage, the US decision can only weaken WHO’s strength, undermine international anti-pandemic cooperation and negatively impact the US and other countries, in particular the vulnerable ones.”

The deputy prime minister of Ireland tweeted the move was an “indefensible decision’”. “So many vulnerable populations rely on WHO—deliberately undermining funding and trust now is shocking,” said Simon Coveney.