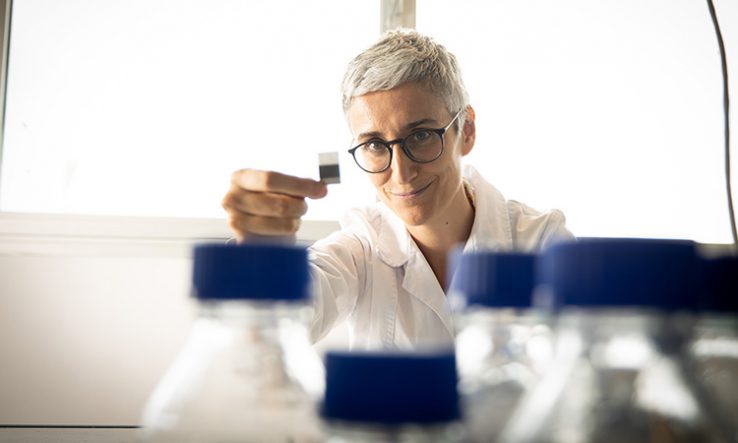 Neus Sabaté has been collecting accolades all year for her business acumen. Alongside winning the Royal Spanish Physics Society’s innovation award, she was a finalist in the 2020 EU Prize for Women Innovators for her work developing paper-based, biodegradable batteries.

Sabaté is a professor at the Institute of Microelectronics of Barcelona and the co-founder of Fuelium, a company that develops eco-friendly diagnostic devices with batteries activated by liquids such as saliva. But rewind eight years and Sabaté was at a crisis point in her research career: “The system was kicking me out,” she says.