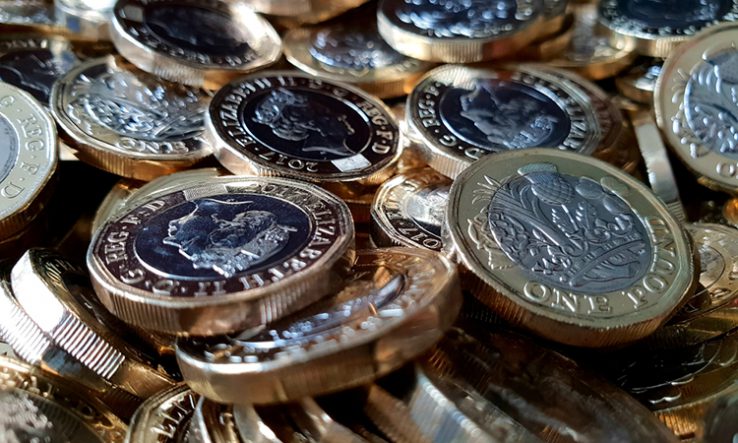 At least 13 universities are at risk of going bust without a personalised government bailout, while Covid-19 losses across all universities could reach around £19 billion.

According to an analysis by the Institute for Fiscal Studies, 13 institutions are particularly vulnerable to financial pressures caused by the coronavirus crisis and could be forced to shut their doors without specific help from the government.

The report comes just days after the government unveiled the latest round of financial measures to help higher education, with loans available to cover losses from international students, up to the value of the non-publicly funded research undertaken in a university. The government has also brought forward £2.6 billion worth of tuition fees to help with institutional cash flow.

However, it is thought that the loans for research scheme will mostly benefit large research intensive universities, while the advanced tuition fees do not represent new money for the sector. The IFS has now identified the need for an additional £140m bailout to save the 13 worst-hit universities.

The government is currently developing a restructuring process and fund for universities, whereby as a last resort it would intervene to take over a failing institution and repurpose its course offer.

In their “central scenario”, IFS analysis authors Elaine Drayton and Ben Waltmann warned universities were likely to lose £11 billion—with English universities bearing the brunt of the losses—to 2024 as home and international students stay away, and other income streams from conferencing and accommodation run dry.

“These losses could cause serious financial problems, including—in the extreme—insolvency,” they write. Although there is “no precedent for the liquidation of a publicly funded university in the UK, it is explicit government policy that universities can fail,” they added.

Their central scenario estimated a 10 per cent reduction in UK-domiciled undergraduate enrolments, pension increases from £15.4 million to £19.3 billion to cover deficits, and only half of EU and international students starting courses in the autumn.

But the authors said there was “considerable uncertainty” around their central estimate, and losses “could easily turn out as high as £19 billion or as low as £3 billion”. Its pessimistic scenario modelled a 75 per cent drop in EU and international student enrolments, while its optimistic scenario guessed enrolments would be roughly stable.

Although all institutions are likely to feel some level of financial pain, the authors stressed that not every institution would be hit equally. Higher-tariff universities have more international students and so will feel their losses more keenly, while also potentially having to cover pension deficits.

But universities with larger reserves have lower financing costs and “can better cope with external shocks” than those institutions with smaller reserves to draw upon, which are more likely to be driven into insolvency, they said.

Drayton and Waltmann explain there is little universities can do now to protect themselves, as institutions’ risk of insolvency “largely depends on its profitability and its balance sheet position before the crisis”.

The authors warn without “significant numbers of staff” being made redundant, the bill could only be reduced by around £600 million, adding that universities with a larger proportion of staff on temporary contracts would make larger savings, but that this “may impact teaching quality”.

Drayton and Waltmann said a targeted government bailout of £140 million would help the most at-risk institutions—which the IFS did not name—stay afloat, while claiming Universities UK’s bailout proposals “would cost £3.2 billion and at the same time provide very little support to most universities that appear to be most at risk of insolvency”.

UUK chief executive Alistair Jarvis said the group’s proposals to government “include a transformation fund for those universities that require support to achieve longer-term sustainability” and introducing the measures “should be a priority for government”.

“Any student or their parents should be reassured that the failure of a university is rare, but course closures and occasionally campus closures are something many universities will have experience in managing and all registered universities have student protection plans in place for this scenario,” he added.

Nicola Dandridge, chief executive of the Office for Students, said that although it was “too early to be sure of the scale of the impact, it is clear that the pandemic will affect university finances”.

She stressed that the OfS would be “proactive in ensuring students’ interests are protected” if an institution had to close.

The University and College Union, which has published its own estimates for how badly universities will be hit by the pandemic, said the report was “more bad news for universities”. UCU general secretary Jo Grady warned universities “need a comprehensive support package that protects jobs, preserves our academic capacity and guarantees all universities’ survival”.