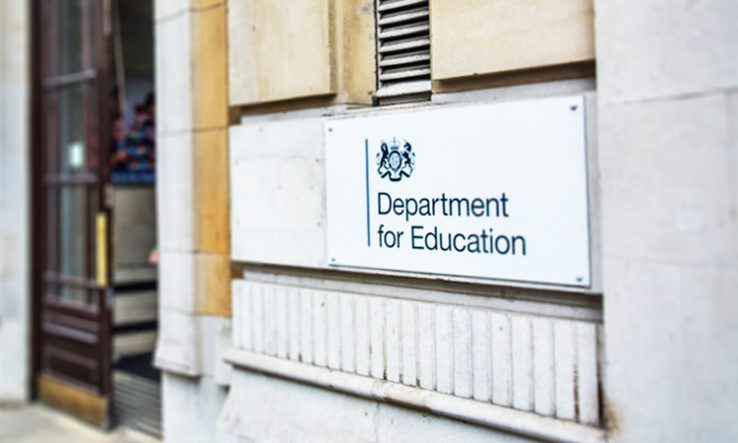 Universities could have their funding streams frozen unless they adopt the International Holocaust Remembrance Alliance definition of antisemitism by Christmas.

In a letter to vice-chancellors seen by Research Professional News, education secretary Gavin Williamson said it was “frankly disturbing” that most universities have not adopted the IHRA definition of antisemitism and accused institutions of “dragging their feet”. He warned the Office for Students could be asked to take regulatory action against those that do not adopt the IHRA—including “suspending funding streams” for wayward universities.

In the letter, published 9 October, Williamson said universities that have not adopted the definition “are letting down all their staff and students, and, shamefully, their Jewish students in particular” and that “adopting the IHRA definition is morally the right thing to do”.

To ensure universities adopt the IHRA definition, Williamson said he had asked officials “to consider options that include directing the OfS to impose a new regulatory condition of registration and suspending funding streams for universities at which antisemitic incidents occur and which have not signed up to the definition”.

“You should have no doubt: this government has zero tolerance towards antisemitism. If I have not seen the overwhelming majority of institutions adopting the definition by Christmas then I will act,” he wrote.

The IHRA definition is internationally recognised and includes modern definitions of antisemitism. In the letter to vice-chancellors, Williamson claimed there had been an increase in incidents of online antisemitism since the start of the pandemic.

Although he said some universities “have made real progress in tackling the scourge of antisemitism”, Williamson stressed there were “too many disturbing incidents of antisemitism on campus, from both students and staff, and a lack of willingness by too many universities to confront this”.

“The government and universities must work together to eradicate antisemitism from our world-leading higher education sector. Adopting the IHRA definition is an excellent and essential step towards that goal,” he added.

A spokesperson for the Union of Jewish Students said the letter represented “a strong stand by the UK government against antisemitism and discrimination faced by Jewish students” at universities.

“We look forward with hesitant anticipation of the mass adoption of this definition and the successful protection of Jewish students up and down the country,” the spokesperson added.

Some voices in  academia have argued that the IHRA definition of antisemitism could curb freedom of expression. According to The Tab website, several student unions have rejected calls to adopt the IHRA.