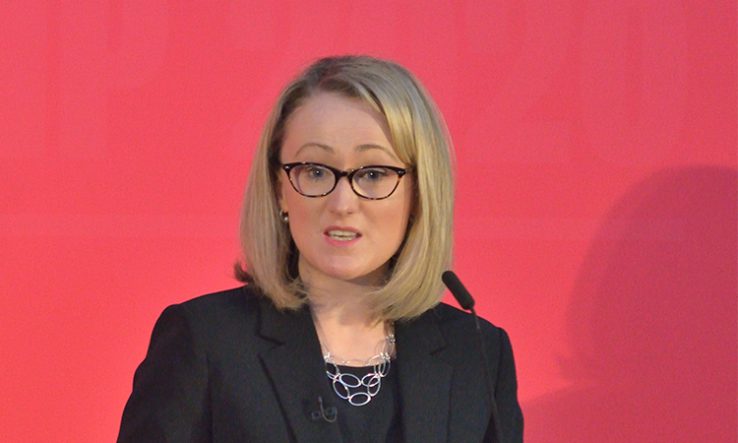 In a missive dated 9 April, that also addresses schools and further education policy, Long-Bailey—who finished second to Keir Starmer in the recent Labour leadership election—asks Williamson if he believes universities are “likely to require additional financial support” as a result of the Covid-19 outbreak, and how decisions on such support will be made? She also asked the Department for Education to protect institutions from closure “for the duration of this crisis”.

On 9 April, Research Professional News exclusively revealed that Universities UK was to ask the government for a financial bailout for higher education, details of which were confirmed by the vice-chancellors’ group the following day.

Elsewhere in her letter, Long-Bailey asked if the DfE had plans to introduce student number controls as a result of the disruption the Covid-19 outbreak has caused to student recruitment, as has been reported.

“I believe in the current circumstances some additional support should be given to students,” Long-Bailey writes. Specifically, she calls for ministers to immediately suspend all interest on loans, waive tuition fees for the period that students are not receiving full tuition, and give students the opportunity to “defer to next academic year without needing to pay extra tuition fees”.

There should also be an assurance that students do not have to pay for accommodation that they are no longer able to use, Long-Bailey wrote, while those in receipt of a maintenance grant should be able to return all or part of it in exchange for it being written off.

The shadow education secretary also calls for clarity on student assessment practices during the Covid-19 outbreak and asks the government to “urgently consider” creating a student hardship fund for those who encounter financial difficulty as a result of the pandemic.

“I understand that in many cases your department will already be working to address these issues, and I pay tribute to the tireless work of the civil servants who have provided our entire education system with the support that it has received so far,” Long-Bailey writes.

“In my new role I will do everything I can to provide both robust opposition where necessary, and constructive engagement at all times to ensure that your department’s response supports all those who need it,” she added.

A spokeswoman for the Department for Education said that the coronavirus outbreak “poses significant challenges to universities, and the government is doing all it can to keep staff and students safe during this unprecedented situation, while mitigating the impact on people’s education”.

“We are in constant contact with the sector working to respond to the effects of the pandemic, and the universities minister has written to vice-chancellors and students,” she added.

On 9 April, Long-Bailey tweeted that her list of questions for the education secretary “should keep [Williamson] busy for a few days”, and added a “winking” emoji.

Aaron Porter, associate director of governance at Advance HE and a former president of the National Union of Students, replied: “Some of these questions are warranted, but the tone of the letter isn’t fitting and the [emoji] is completely unbecoming for a shadow secretary of state.”

Former universities and science minister, Chris Skidmore, added in a tweet that the letter “doesn’t strike me as that helpful or productive in a time of national crisis when ministers are already pretty busy”.

“Why not simply pick up the phone to [Williamson] and see how best to work constructively,” he asked.

Meanwhile, the Labour Party has confirmed that Emma Hardy will remain as shadow universities minister, and Chi Onwurah will stay on in the shadow science minister role.