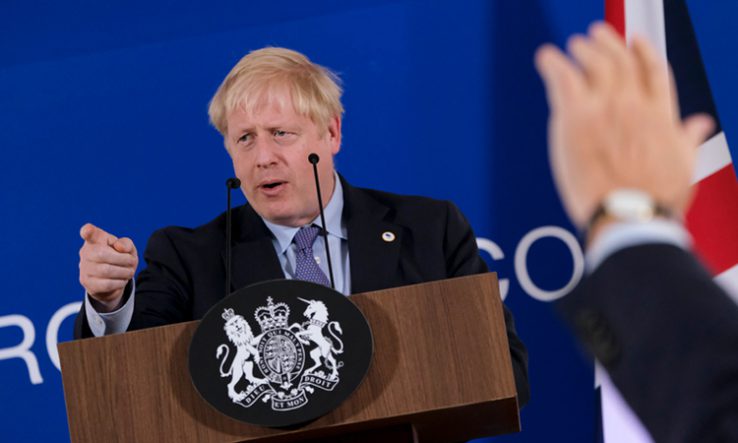 Prime minister Boris Johnson has told universities not to send students home in the event of a Covid-19 outbreak on campus, as he banned social gatherings of more than six people in England in a bid to prevent a second lockdown.

During a press conference on 9 September, Johnson said reopening university campuses for the autumn term was “critical for students’ life chances” and that the health risks of Covid-19 are “very low” for students.

However, he stressed that many students “are in the age bracket where we have seen the infection rates rise recently” and said updated guidance from the Department for Education (DfE) on how universities “can operate in a Covid-secure way” would include “a clear request not to send students home in the event of an outbreak so as to avoid spreading the virus across the country”.

Johnson added: “My message to students is simple. Please, for the sake of your education, for your parents’ and your grandparents’ health: wash your hands, cover your face, make space and don’t socially gather in groups of more than six now and when term starts.”

The updated guidance—which Johnson said would appear on 9 September—was promised by the DfE on 4 September after the government’s Scientific Advisory Group for Emergencies warned there was a “significant risk” of Covid-19 transmission in higher education. At the time of writing the guidance had not yet been published.

Covid-19 cases have crept up across the country over the last few weeks, with the biggest rise in cases among young people.

Commenting on the announcement, Andy Squire, chief executive of Students’ Union at the University for the Creative Arts, said it would be “necessary to clearly define what a social gathering actually is, since so many extra-curricular activities have educational or developmental aspects”.

“Forming friendships and support networks are a fundamental part of the university experience and should not be viewed as a secondary priority to the education on offer,” he said. “Depending on the definition of a ‘social gathering’, welcome activities could well be disrupted or amended to allow for adequate safety precautions to be in place.”

He added: “This is likely to have a significant effect on the plans universities and students’ unions have been working on for months, and with very little time to make the necessary changes.”

But David Phoenix, vice-chancellor at London South Bank University, highlighted that many institutions had not planned for mass in-person social events this term given the pandemic, and instead planned online activities.

“As is the case of most institutions we had not categorised purely social gatherings as being a priority for semester one, hence there will be little if anything we would at this stage change,” he said.

Phoenix added that universities should be able to start teaching as planned, as the rule of six does not apply to educational settings. “I believe the important focus now should be on institutional plans for dealing with local increases in Covid cases and in considering guidance on students wishing to return home at the end of the year,” he said.

In a statement, Jo Grady, general secretary of the University and College Union, said that the prime minister “cannot in good conscience tell students to go back to university when he knows more outbreaks are likely and that would result in them being locked down hundreds of miles from home”.

“[Johnson] should be working to prevent unnecessary Covid outbreaks, not creating the conditions for them,” she said. “Students and their parents will be rightly worried about being locked down in an unfamiliar area, possibly over Christmas.

“The sensible thing to do is to move most teaching online for this term and look to reopen campuses more widely only when that can be done safely. Students need to be released from accommodation contracts they do not need, and staff must be given assurances they will not be asked to deliver in person, what can be done remotely.”