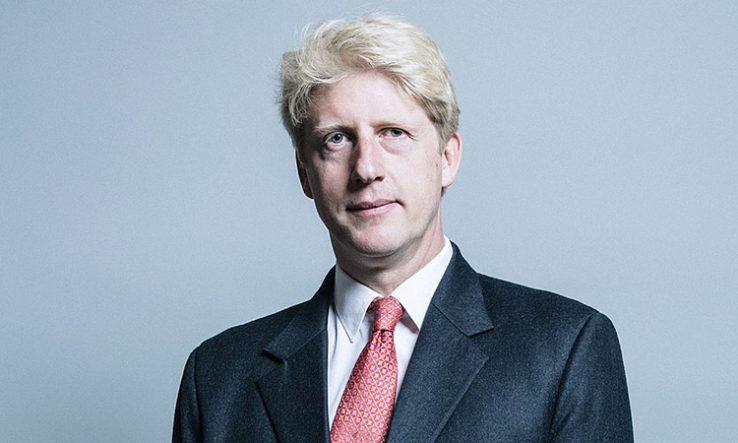 A suggested ‘temporary’ cap on the number of students universities can recruit due to the Covid-19 outbreak would probably be impossible to remove once the crisis is over, a former universities and science minister has warned.

With universities’ activities hugely restricted by the lockdown, a cap on student numbers has been proposed as a way to prevent the more attractive destinations hoovering up the lion’s share of domestic students for the next year to fill places freed up by the disruption to international education. The idea—which would be the first limit since the coalition government abolished a previous cap in 2013—has even won support from vice-chancellors group Universities UK.

But Jo Johnson, who was minister for the sector between 2015 and 2018 and again from July to September 2019, told an online webinar that a “voluntary agreement by the sector to show self restraint” would be preferable to a government-imposed, institution-level cap on student recruitment.

“I would be wary of a centrally imposed reintroduction of number controls, because we’d never get rid of it,” Johnson said.

He warned that imposed caps would be moving back to something akin to centralised, Soviet ‘command and control’ that would determine who studies what and where and when.

“There’s no evidence that we’re any good at that, and I think it would be a huge setback to social mobility and the role that sector plays in terms of increasing opportunities for people from disadvantaged backgrounds,” he warned.

A better option, he suggested, would be for universities to mutually agree to abide by a cap similar to the one proposed in Universities UK’s bailout request to government—that institutions can this year recruit UK and EU-domiciled full-time undergraduate students up to the sum of their 2020-2021 total forecast intake, plus 5 per cent.

Johnson was speaking on an online event looking at the implications of the Covid-19 outbreak for higher education, hosted by Times Higher Education. He was joined by fellow former ministers Chris Skidmore and David Willetts.

Skidmore said his “biggest concern” was that without a cap on recruitment there could be “a hydraulic effect, with the Russell Group universities sucking up places and destabilising other universities” because of their perceived more prestigious status. The institutions that could be destabilised are “the universities that are training the nurses who are out there fighting Coronavirus”, he said.

“Making sure…we don’t allow institutional failure as a result of an admissions process that hasn’t been thought through properly is absolutely essential,” Skidmore added.

Willetts, meanwhile, said that predictions of a collapse in the market for international students might be wide of the mark. A recent report by the University and College Union and London Economics suggested some 47 per cent of international recruits may change their mind about coming to the UK to study.

“I don’t think that the international student model is now being swept aside, never to return,” Willetts said. “Although this year I think the coronavirus anxieties will reduce flows, I think there are a lot of young people in countries like China and India that want the experience of studying abroad. It might be a one-year masters, or it might be something longer.

“They want to study in English in an English environment. And whilst I’m here clear that there will be a surge in online learning, I think that the experience of coming to Britain is still something for which there is an enormous market which gradually will return.”

He added that this should form part of the higher education sector’s arguments for a bailout from government.

“ If you think the students will come back, then there is a greater argument to keep asking [the government for temporary support],” he said.