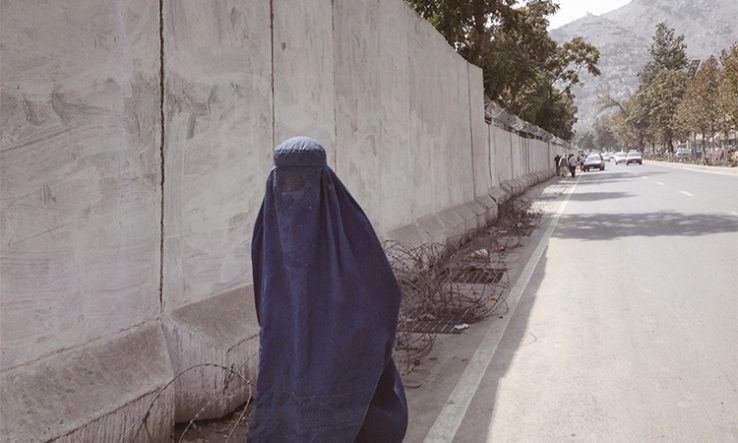 Prime minister Boris Johnson has promised that the government will step up efforts to get all 35 Chevening scholars in Afghanistan to the UK, but higher education leaders have said they remain “extremely concerned” about the students.

Johnson told Sky News on 15 August that the UK government would try to speed up the visa process to make sure the students can travel, as the Taliban regains power and citizens flee the country. “We do want to make sure that they are able to come, and so we are doing whatever we can to accelerate their visas to get them over as well,” he said.

The Afghan students were offered places on the Chevening programme, which is run by the Foreign, Commonwealth and Development Office and aims to bring overseas students to the UK to study one-year master’s degrees.

Johnson was speaking after the foreign office came under fire over the weekend for reportedly telling the 35 chosen scholars in Afghanistan that they would have to delay their participation in the programme by a year as the department could not process their visas in time.

Nine of the scholars were due to take up places at the University of Sussex and its sister institution, the Institute for Development Studies. In a statement on 15 August, vice-chancellor Adam Tickell said that he was “deeply concerned about the rapidly deteriorating position in Afghanistan”. He added that those Chevening applicants “who were scheduled to travel to the UK from Afghanistan are now unable to obtain the visas they need”.

“This will leave these students in a highly vulnerable situation and they may never get the opportunity to study in the UK,” he added.

Tickell said the university and the Institute of Development Studies had written to foreign secretary Dominic Raab to ask the government to support the students, and he confirmed that the university would “continue to liaise with Universities UK International on this very pressing issue”.

In a separate statement, Institute of Development Studies director Melissa Leach said on 16 August that she was “extremely concerned” about the scholars’ welfare, as they were “in an incredibly stressful and dangerous situation, and the scholarships they were promised for this academic year are now in jeopardy”.

She added that she and Tickell “strongly urge the foreign secretary and the prime minister to urgently find a way to help these scholars to safely arrive in the UK and take up their places to study here as planned”.

According to widespread news reports, the students had earlier been told by the foreign office that it was unable to carry out the parts of the programme that would have been administered in Afghanistan’s capital Kabul, due to the chaos following the Taliban takeover.

According to Rory Stewart, former Conservative Party leadership candidate and MP for Penrith and The Border, a letter sent to the students by the foreign office said: “After careful deliberation, the Foreign, Commonwealth and Development Office has with deep regret decided to pause the Chevening programme in Afghanistan for the academic year 2021-22.”

A spokesperson for Universities UK International said that it would work with the government, international organisations and universities “to support the safety of all current and prospective students”, as well as staff from Afghanistan in the UK.

The spokesperson added: “We are raising concerns with UK government, and promoting sources of support and guidance including the UKCISA [UK Council for International Student Affairs] confidential advice line, and the Council for At-Risk Academics.

“We encourage any affected students and staff to make contact through these channels and through their university networks. We will continue to follow the situation and support in any way we can.”