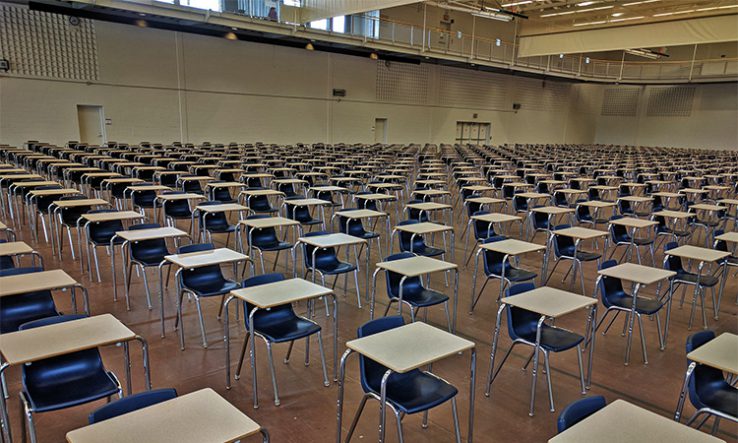 Exams to be scrapped in Scotland next year, while students get clarity on spring term

Scotland has become the latest UK nation to cancel all exams next year, while Scottish students face a six-week staggered return to university next term.

On 8 December, Scotland’s education minister John Swinney told the Scottish parliament that holding Higher exams, which are equivalent to A-levels in England, would be unfair and “could lead to pupils’ futures being blighted through no fault of their own”.

“I will not stake the future of our Higher pupils—whether they get a place at college, university, training or work—on a lottery of whether their school was hit by Covid,” he said.

Instead, grades will be awarded “on teacher judgement of evidence of learner attainment”. Scotland becomes the second UK nation after Wales to cancel exams next year, putting pressure on the national governments in England and Northern Ireland to follow suit.

UK education secretary Gavin Williamson has promised that A-level exams will go ahead in England in 2021 with “more generous grading” and advanced sight of topics that are likely to come up in the exams.

Swinney also told the Scottish parliament that students will return to university over a staggered six-week period as the government published its guidance for students and universities on how to return to campuses safely after Christmas.

Last week the UK government published its own guidance for students in England, which detailed plans for a staggered return to university across five weeks from 4 January and a second, post-Christmas Covid-19 lateral flow testing programme for students.

Swinney said that “undergraduate students will restart their studies at home, at the normal beginning of term, and should only return to campus and their term-time accommodation when asked to do so by their university”.

He also confirmed that students will be given access to lateral flow Covid-19 tests, as they were before the Christmas break. Students are being asked to “voluntarily restrict their social interaction for two weeks before they return to university, and for two weeks following their return”.

Swinney said the government was “working with universities and student representatives to build on the systems already established to deliver this second phase of testing”.

It follows guidance published by the Welsh education minister Kirsty Williams on 7 December, which closely followed the UK government’s advice. Students in Wales will be asked to return to university across four weeks from 11 January.

They must also “complete a 14-day period of laying low” if they do not take part in the lateral flow testing programme, meaning students should be “taking extra care to minimise social contact, and only go out for essential purposes such as medical care, or to exercise alone or with someone in their household outdoors”.

Those who do have the chance to take lateral flow tests must take two, three days apart, in line with guidance for students in England. Williams said that students would be “eager to return to their university campus after the Christmas break, but will want to do that in a safe way”.

“We’re putting these measures in place to ensure confidence in a return to learning in-person and minimise the risk of large numbers of students needing to self-isolate during the term,” she added.

Commenting on the guidance, Universities Wales director Amanda Wilkinson said that a “huge amount of effort by university staff and students” had gone into the lateral flow testing programme, and that the “safety and wellbeing of students, staff and local communities remains a top priority for universities in Wales”.