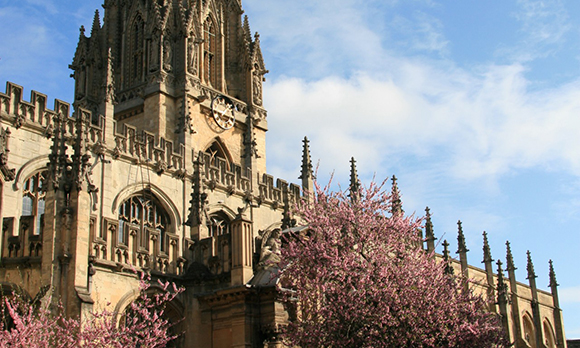 Staff at the University of Oxford are set to vote on a proposal to phase out the institution’s controversial £75 graduate application fee amid concerns that it is restricting access to the elite university.

Campaigners claim that the fee—which most prospective postgraduate applicants must pay when submitting an application—is preventing “excellent candidates from applying” and is “detrimental to the university’s research”.

On 17 February, after surpassing more than four times the 20-signature threshold required, PhD student Benjamin Fernando and researcher Mike Cassidy submitted a resolution to scrap the fee to the congregation—the university’s sovereign body. The resolution will now be debated on 10 March at Oxford’s Sheldonian Theatre.

According to the resolution, which calls for the abolition of any payment by the 2024-2025 academic year, “there is good evidence that the graduate application fee prevents excellent candidates from applying and that this loss of potential high-quality students is detrimental to the university’s research”.

It also claims that the fee “undermines Oxford’s efforts to encourage diversity and access and instead acts as a barrier to improving diversity by discriminating against students from diverse and low-income backgrounds”.

While some other universities in the UK also charge application fees, the £75 payment required by Oxford is among the highest in the country.

A minority of Oxford courses can waive the fee for candidates funded by UK Research and Innovation’s Centres for Doctoral Training scheme. The university also operates a fee-waiver scheme aimed at prospective students from low-income countries who would otherwise be unable to apply.

Speaking to Research Professional News, Cassidy said: “Oxford has this reputation of being elitist and arrogant, which puts a lot of students off applying. One of the key reasons for this is the application fee, which reinforces that opinion. We want to make Oxford a place that is diverse and inclusive, and we feel the application fee goes against all of those messages.”

He added: “The other motivation for our resolution is that we fear Oxford will raise the fees…and that soon charging for postgraduate applications in other universities will be the norm, looking to Oxbridge for justification. If Oxford votes to abolish these fees, it sets a great example to those other [application fee-charging] universities, and may help to change people’s perception of Oxford as elitist.”

Fernando added: “It’s a fundamental issue of fairness in access to higher education—especially postgraduate higher education—which I think it’s safe to say the university sector as a whole has neglected over the past few decades.”

In an email sent to heads of department at the university on 12 February—seen by Research Professional News—the Graduate Admissions Committee chair Victoria Nash and pro vice-chancellor for education Martin Williams said that the application fee had been “reviewed regularly” since it was introduced in 2007.

“This has involved extensive consideration by properly constituted university committees, with representation from senior academics spanning all divisions,” the email said.

According to the email, the university received 30,000 applications for postgraduate study last year, bringing in an income of more than £2 million. According to information obtained by Research Professional News using a freedom of information request, the amount that the university has received in postgraduate fees increased from £1.95m in 2016-17 to £2.24m in 2017-18.

“Any reduction in application-fee income is likely either to have a significant impact on the delivery of these services, or else the costs will have to be passed on to departments via the university’s service charging model,” the email said. “Frankly, if the fee were abolished, we can see no real alternative to the latter outcome.”

The email added that the university was working to extend fee waivers to UK applicants who received “high levels of mean-tested financial support during their undergraduate degree, from next academic year”.

However, the campaigners believe that this does not go far enough.

“I don’t think this reflects the reality that most people applying to graduate courses are more or less financially independent from their parents,” said Cassidy.

A spokesperson for the University of Oxford said money from the fee went towards the cost of “the systems, staff and other resources that support its admissions process”.

‘We understand the financial pressures that graduate study can create for some students, particularly on- course fees and living costs,” the spokesperson continued, saying the university had agreed a “Strategic Plan priority to increase the number of graduate scholarships it will offer over the next five years”.

Among those who have joined the campaign against the fee is Chris Lintott, a professor of astrophysics at the University of Oxford and presenter of the BBC series The Sky at Night.

Lintott, who led graduate admissions for astrophysics for five years at the university, told Research Professional News: “This is something that came up most years where we’d have applicants either directly emailing us saying the fee was a barrier or saying: ‘Well, I’m not applying there because they charge £75’. I certainly couldn’t have afforded £75 when I was applying for PhDs.”

Ciaran Fairhurst, now a PhD student at the University of Sussex, told Research Professional News that he had been forced to borrow money to pay the fee when applying to the university in 2016.

“I come from a working-class background and was doing my undergraduate degree in Brighton, which is a very expensive city to live in. So, when it got to the point where I was applying for PhDs, I actually had to borrow the money off a friend to pay the fee. I regarded this as quite insulting because I had actually been encouraged to apply by staff at the university.”

Although he was offered a place, he turned it down for a variety of reasons—some of which were financial. As a result he lost the £75.

The Oxford spokesperson said the university was “sympathetic to the concerns raised around the financial pressures of graduate study, and welcome every opportunity to discuss student concerns and work through a solution together”.

“The university is committed to giving talented applicants of all backgrounds the chance to benefit from a postgraduate Oxford education, regardless of their personal circumstances,” the spokesperson added, saying that this year the institution would expand its ‘UNIQ+’ summer school programme, a paid research internship for students from under-represented backgrounds who might not otherwise consider postgraduate study at Oxford.

“The programme offers support through the application process, including an application fee waiver, which is aimed at prospective students from low-income countries,” the spokesperson said. “In 2021 the scheme will expand to include UK applicants from under-represented groups who would otherwise be unable to apply.”