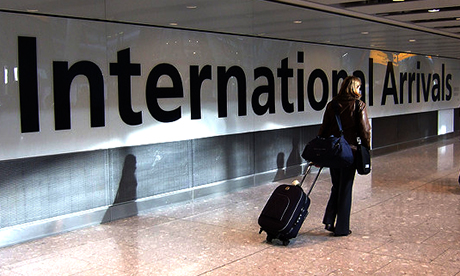 Universities should brace themselves for a minimum shortfall of almost £500 million next year, in an optimistic scenario, as international students choose to stay at home, the British Council has warned.

The British Council said UK universities must prepare, at the optimistic end of estimates, for almost 14,000 fewer enrolments from students in East Asia next year compared to 2018-19, representing a 12 per cent drop which could lead to losses of £463 million in tuition fees and living costs.

In a report on the survey results, the British Council said its “pessimistic scenario” predicted a 61 per cent drop in new enrolments compared to 2018-19, with a £2.3 billion drop in student spending and tuition fee income.

Survey author and global head of insights and consultancy for British Council International Education Services Matt Durnin said there was “a window of opportunity” over the summer to give students “a greater sense of certainty about the upcoming academic year”. “If responses are clear and quickly communicated to prospective students, UK higher education will face a much more manageable scenario,” he said.

Prospective international students in China, Hong Kong, Indonesia, Malaysia, Singapore, Taiwan, Thailand and Vietnam took part in the survey between 24 April and 15 May, which showed that students in Indonesia and Taiwan were most likely to cancel their study plans. Those in Hong Kong were most likely to stick to their study plans, with 57 per cent agreeing that they are “somewhat likely” to study abroad in the autumn.

Commenting on the survey, Russell Group chief executive Tim Bradshaw said recovery from the coronavirus pandemic meant universities “have to expect international student numbers will fall for a while and that competition from other countries will be even more fierce than usual”.

Bradshaw called on the government to fast-track the proposed two-year post-study work visa into law to attract more international students, and to continue reforming the visa system and immigration process.

Responding to the report University and College Union general secretary Jo Grady said: “The current wait-and-see approach from ministers is exacerbating the crisis for prospective students and putting tens of thousands of jobs at universities and in the wider economy at risk. Universities have already started cutting jobs and will keep trying to do so as the uncertainty persists, with huge repercussions on local economies that depend on higher education.

“Universities are focusing their efforts on trying to get as many students through their doors in September, yet they are refusing to listen to students in the UK and abroad who say they are worried about what their education will look like and even if their chosen institution can ride out the crisis.”