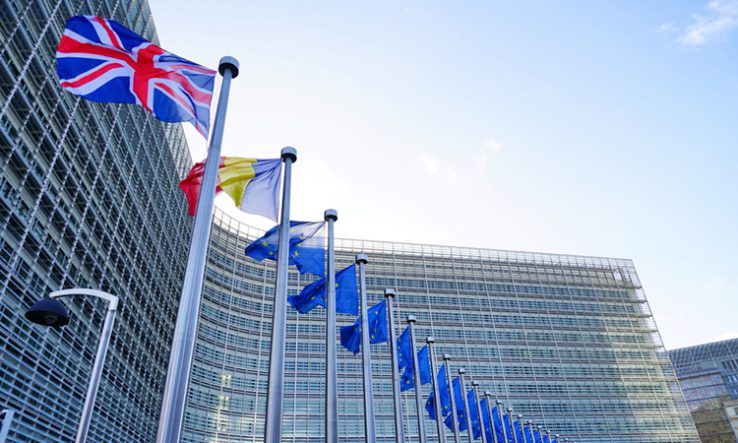 On Friday, the UK will exit the European Union—but British higher education institutions will not leave the European family of universities. This has been their stance since the referendum and, despite Brexit, there is strong evidence that these bonds can remain intact. But we must act swiftly.

Back in 2016, universities were concerned about the questions that Brexit raised. Later, with prime minister Theresa May aiming for a hard Brexit with no participation in the internal market and no freedom of movement, our concerns grew.

However, it was soon clear that research and education were areas in which both the UK and the EU were committed to continuing cooperation; universities, researchers and students became common references in speeches from May and the EU’s chief negotiator Michel Barnier.

Through three UK governments, two European Parliaments and two European Commissions, this ambition has remained stable. Only this month, both prime minister Boris Johnson and universities minister Chris Skidmore assured their constituencies that the UK would seek association to the Erasmus exchange programme. Association to Horizon Europe was already confirmed in the Conservative Party manifesto.

Days before, European Commission president Ursula von der Leyen had expressed her optimism about future cooperation on student mobility and research during a speech at the London School of Economics and Political Science. Universities’ desire to work together across Europe is supported politically and we must ensure we profit from this.

In the short term, for ongoing programmes, things will remain the same. The withdrawal agreement, including in the transition period, ensures that UK entities can participate in projects until their end—including projects that finish after 2020.

The Political Declaration setting out the future relationship between the UK and the EU clearly states the ambition that the UK will participate in EU programmes, including Horizon Europe and Erasmus. The draft legislation for these programmes provides a flexible legal basis on which this participation can be built.

But universities must stay vigilant. Due to the delayed Brexit process, time is short. There are only 11 months to sign association agreements to EU programmes, and these months coincide with a complex and busy period in Brussels.

For the UK to begin participating in the next programmes, several political processes need to be concluded: the EU’s seven-year budget must be settled, final rules for the new programmes need to be in place, and the parties need to agree on the general principles of UK participation.

Many questions are still open, such as how to align rules on student and researcher mobility at a time when the UK is revisiting its immigration regime.

University leaders, researchers and students must show that we are united across the English Channel and the Irish Sea, and that we expect policymakers to live up to their ambitions for research and education.

UK participation in the EU programmes will soften the effects of Brexit and safeguard much of our cooperation for the future. However, ambitions must be higher than this. The UK needs to remain an integral part of the European Education Area and the European Research Area.

Europe is a unique place for research and education; nowhere else in the world is there a system where research excellence is distributed throughout regions and in large universities, as opposed to the model of concentrating research in small, elite institutions. The European system gives students and citizens access to and the ability to benefit from research excellence, and its diversity makes it highly resilient.

The European Education Area and European Universities Initiative, which will result in better recognition and data sharing, are already enhancing cooperation across the continent and boosting innovation in learning and teaching. The promise of the European Commission to relaunch the European Research Area also has the potential to strengthen Europe’s position as a world leader in research, spearheading cross-border cooperation, open access and sharing of infrastructure.

If ambitions for the research area are realised, it will be a place of excellence boosted by synergies, sharing, academic freedom and diversity.

There will be no place in the world like it. China might make strides in technological research, but its system lacks openness and is subject to the political whims of the country’s leaders. The United States might be an established giant, but its system relies on concentration of excellence in a few institutions, and it lacks Europe’s diversity.

The UK needs to be part of this research area. The loss of opportunities created by leaving one of the largest communities of researchers, innovators and educators in the world would be too high—particularly at a time when international and intercontinental research cooperation is being drawn into global discord between the US and China, in which technological advances (including artificial intelligence) have become geopolitical assets.

And the EU must keep the door open to the UK. The ambition of the European Education and Research Areas must be larger than the union and must involve its neighbours. This is also important for diplomacy, as education and research are critically important routes for deep people-to-people relations: hundreds of thousands of students and researchers cross the borders of the EU and its neighbours each year.

The UK’s leading position in Europe makes it an essential partner. It still provides the most prolific research environments and is by far the most important destination for mobile students; without it, the EU will be weaker.

So the UK needs the EU, and the EU needs the UK. Universities know it, but with a hectic year ahead, we must keep the goal of association to EU programmes and integration in the European Research and Education Areas in the front of our minds—and especially in the minds of political leaders.

Michael Murphy is president of the European University Association. With 850 members across 48 countries, the association is the largest and most comprehensive organisation representing universities in Europe. It recently produced an in-depth policy brief about the way forward for UK association to EU programmes.