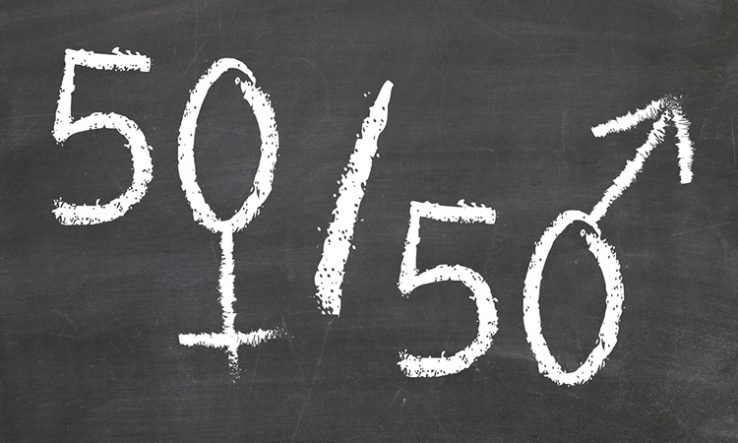 Both anecdotal and statistical evidence leave no doubt that gender inequality in higher education is alive and well.

When, in 2015, Nobel scientist Tim Hunt told a conference that women caused trouble in research labs as they distracted men and were too emotional it caused uproar.

But notions such as this are still expressed today even by the most esteemed educators and researchers—which perhaps helps explain why women’s progress in academia has been slow.

The Higher Education Statistics Agency reports that while most undergraduates today are female, only a third of senior academics and only a quarter of professors are women.

These issues have not gone unnoticed at universities, and various initiatives to render academia a more even playingfield have emerged.

Associations for women in general academia (such as Women in Education) and for women in specific academic fields (such as Women in STEM) function as networks that help women navigate professional barriers. Women leadership programmes (such as Aurora) support women who aim to climb the academic career ladder. And many universities organise lectures on gender equality that often function as a platform for the almost always predominantly female audience to discuss gender equality.

These efforts are laudable, and it is easy to imagine how they might contribute towards change. However, they all suggest that gender equality is an issue that concerns only women and put the responsibility for change on women too.

This unidimensional focus on women as the drivers of change not only places an additional burden on women but might also slow down progress considerably. In fact, men’s involvement in achieving gender equality is imperative when considering that men still hold most of the academic power and decision-making positions and therefore make major decisions impacting on gender equality in academia each day.

Research on group psychology shows that support from members of a high-status group is beneficial, if not crucial, to the cause of a low-status group. One reason for this might be that men are perceived as more objective and credible when discussing gender equality as they seemingly have less to gain from the outcome. For instance, female targets of gender inequality report higher levels of confidence and are more likely to file a complaint if a man, rather than another woman, suggests that gender inequality had occurred.

The benefits of men supporting gender equality by speaking up might reach beyond the immediate situation and cause a trickle-down effect, conveying to both perpetrators and bystanders that discrimination is not tolerated and causing others to adopt similar attitudes and to speak up for themselves subsequently.

While to some, the moral case for gender equality might be convincing, others might wonder why men would be inclined to support women’s career progression.

But the discrimination that female academics experience results in insufficient use of the valuable female talent pool. A diverse workforce results in better decision-making and collaboration, due to more varied perspectives. Quality of research is likely to improve when more women participate in academia. This, in turn, will benefit all members of society.

And not only women suffer from the consequences of gender inequality. Male academics might experience negative social and professional repercussions if they deviate from gender roles. Many men are hesitant to take parental leave due to gendered expectations and thereby miss out on valuable family time, and struggle to find a healthy work-life balance.

For any men in higher education wanting to make a difference, there are three immediate practical steps to take:

First, ask a female colleague about their experiences in academia. Learning about women’s experiences is the first step towards becoming a male ally. It will make it easier to support and amplify women’s voices on these matters.

Secondly, suggest a workshop on men and gender equality at your university, run, for example, by the Feminist Men Project.

Chances are that this suggestion will be received much more favourably when coming from a male member of staff.

Finally, look up the research we have done on the Support for Gender Equality among Men Scale, which gives plenty of ideas for other ways of supporting women in universities and more generally.

Antonia Sudkaemper is a social science researcher at OCR, Cambridge Assessment with academic and corporate experience in the fields of gender equality and education and extensive practical experience in the area of diversity and inclusion. She is speaking at today’s AdvanceHE Women in HE conference in London.