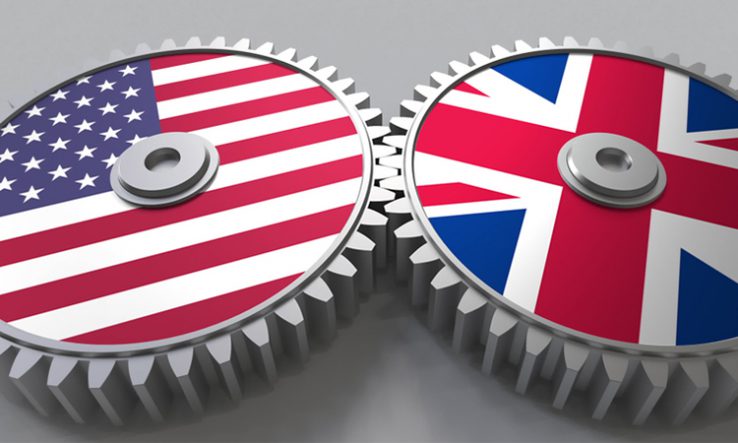 The US goes to the ballot box today, with the polls telling us that Joe Biden should be the next president and history telling us that anything is possible. Why does it matter for UK universities who the next leader of the free world is?

First, there is the pressing concern of what the outcome of this election will mean for Britain’s future relations with the European Union. An unexpected victory for Trump may embolden the UK government to take the leap of a no-deal Brexit, while a Biden win might see the UK forced to stick closer to its continental neighbours.

A no-deal Brexit, or a deal so thin as to have the same practical effects as a no-deal Brexit, would make it harder for British universities to participate in Horizon Europe and Erasmus+, or to secure the mutual recognition of qualifications with European countries. In contrast, a frosty reception for prime minister Boris Johnson’s government from Democrats in control of the House of Representatives, the Senate and the presidency might make the UK reconsider its plans for trade, the Irish border and transnational collaboration in R&D.

Second, as we have said often enough, the open and internationalist values of higher education do not thrive in the sort of public spheres produced by populist, right-wing governments. The culture war in UK universities is an import of American arguments. The latest instalment, equalities minister Kemi Badenoch’s attack on critical race theory, echoes the Trump administration’s attempt to defund research and teaching in an academic field.

A defeat for Trump might see the UK government dial down its rhetoric on culture and immigration. To characterise the Johnson government as Trumpian, after an electoral defeat for Trump, would be an obvious and effective attack line for opposition parties in the coming years.

Third, there is Covid-19. Bad as the response of the UK government has been to the coronavirus, it does not compare with the Trump administration’s open disdain for science and public health medicine.

The global economy, and with it the prospects of higher education exports in the UK, will not get back to an even keel until the pandemic is under control, and that begins with serious attempts to suppress the virus in the US. The world will feel a lot more sanguine about the future prospects of managing the coronavirus without Trump in the White House.

If the polls are all wrong and Trump returns victorious to Pennsylvania Avenue, UK universities should expect an acceleration of the trends of the past 12 months: further Covid-19 uncertainty, exhausting cultural skirmishes and increasing distance from the institutions of Europe. On the upside, there may be greater opportunities for bilateral collaboration and exchange with US universities, with a possible benefit in the recruitment of international students put off from studying and working in the US.

The overriding experience of American universities since the start of the pandemic has been that of financial difficulty. As The New York Times reported on 26 October, across the country budgets are being slashed for doctoral study and tenured appointments, while a slew of liberal arts departments are set to close.

The total cost of coronavirus to US universities, in hits to enrolments and endowments, is estimated at $120 billion (£92.8bn).

Of course, when US higher education sneezes, the world catches a cold.

This is an extract from this morning’s 8am Playbook email. Subscribers can read the full article here. To enquire about subscribing to Playbook, please fill in this form and include 8am Playbook as the subject.