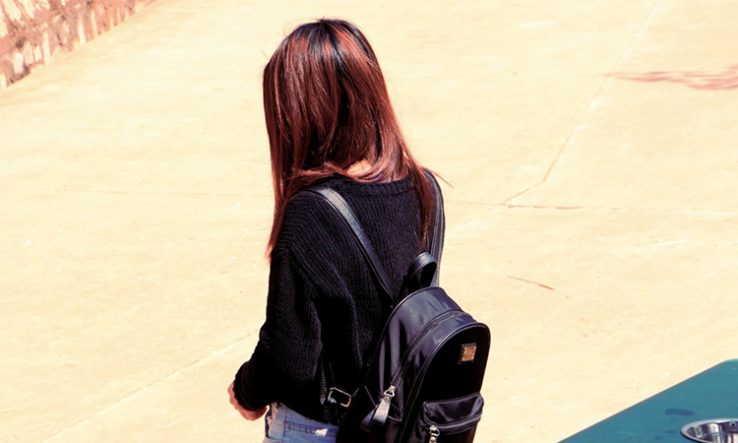 Since its inception, the Office for Students has been trying to make sense of its name. What does it mean to regulate higher education…for students?

There are tensions at the core, as the OfS was set up to support a competitive market in higher education on the back of the decision in 2010 to treble tuition fees. At that time, student engagement was extensive—in the form of tens of thousands of students protesting and tuition fees featuring in subsequent election manifestos.

But a decade on, the regulator has been in place for more than two years and is only now releasing a strategy on student engagement—due this week. As the extensive timeline suggests, such a strategy sounds great in theory but is not so easy in practice.

There are different ways to conceptualise student engagement. The long-established way in the UK is a representative form, following in the proud tradition of students’ unions. Many higher education wonks today have come up through the student union ranks, forming a sort of ‘old non-binaries’ club’ of policy experts. This means many people in influential positions believe student power and influence stem from representation.

Before the OfS, student engagement was enshrined in the Quality Assurance Agency’s Quality Code for Higher Education. Providers were expected to ensure “the participation of students in quality enhancement and quality assurance processes, resulting in the improvement of their educational experience”, and students formed part of the panels that visited institutions to check on their progress.

This approach was adopted by the Higher Education Funding Council for England, the OfS’s predecessor body, with presidents of the National Union of Students taking part as observers on its governing board. For most institutions, student engagement has meant running student surveys, supporting a student representative system and having student reps on committees, although many university leaders and managers question just how ‘representative’ the voices of the reps are.

This traditional form of student engagement was not carried on by the OfS. It did not reserve a spot for NUS leaders on its board, indicating that the elected, representative voice of students was not what it was looking for.

Another view draws on research from the United States, defining student engagement as: “The time and effort students devote to activities that are empirically linked to desired outcomes of college and what institutions do to induce students to participate in these activities.” This takes an individual view of student engagement, considering how each student engages with his or her own higher education experience. But it would be impossible for the OfS to have an individual relationship with more than two million students.

So how does the regulator engage with students? A student panel provides feedback on OfS initiatives and the minutes of its meetings highlight a perennial challenge when engaging students in partnership approaches: when do students lose their novice ‘fresh perspective’ and start becoming, for example, regulation experts?

Training up a group of students in the nuances of institutional closure will not tick the broader intention of understanding what the diverse population of students thinks about the consequences of regulatory policies. But nor is it useful for the regulator to hear that students would really prefer institutions not to close in the first place; this is not part of its remit. Students would at least like to know if their institution is at risk. But sharing this information might escalate a shaky situation and compromise the market.

So the OfS’s strategy needs to lay out the purpose of engaging with students—is it to have a sounding board for the OfS’s ideas? For the regulator to understand the consequences of its proposals for students? Or to create a higher education system that allows students to thrive?

The strategy must also address how students are encouraged—or allowed—to engage with the regulator. Students’ relationships are with their institutions, not the regulator. It should map out how the OfS regulates in the interest of students without needing to hear from students directly.

However, this is unlikely given the OfS’s approach so far. Minutes from the student panel indicate a rehashing of a few encounters with students, rather than sustained partnership and the student voice influencing upwards.

When it comes to students, the regulator seems most interested in having a hip social media presence, developing its brand and using the feel-good factor of student engagement to bolster its remit.

The silence of the OfS at the conclusion of the Learning Gain programme suggests that developing its profile takes precedence over tackling fundamental issues such as what students (and the public) are gaining from their time and investment in higher education.

Yet even if it ignores core issues of quality in higher education, the OfS’s student engagement strategy could help clarify roles and responsibilities. The OfS should regulate providers and give information, advice and guidance on processes for engaging students in institutional governance. Providers, meanwhile, should lead on educating students about, and engaging them in, internal quality processes, with the OfS also having an opportunity to support students’ unions in their role within the regulatory framework.

Any focus on engaging with students raises two further questions. First, what about a strategy on provider engagement? Student engagement will never be sorted if it is not clear what the relationship between institutions and the regulator is. And second, what about those who do engage with students every day and have the most to say about what would support student success—academics, higher education’s lost voice?