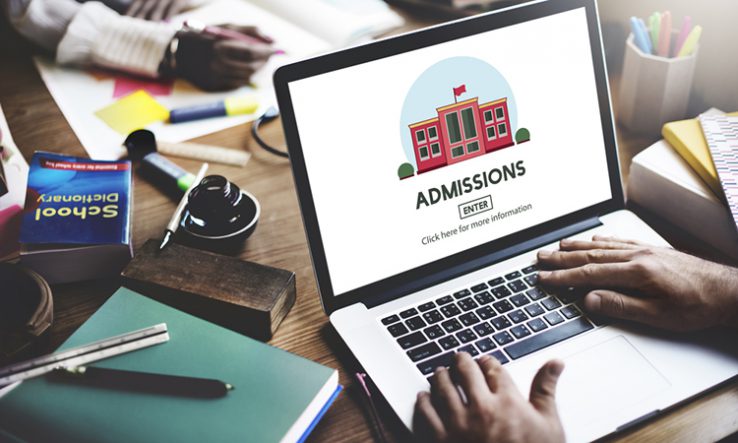 As another consultation is launched, Dan Shaffer looks at the future of fair admissions

School leavers applying for university this year hadn’t even started school when the Schwartz review of admissions to higher education was published in 2004. Its ambition was to end unfairness in the recruitment and selection of students, and its recommendations were widely accepted across higher education.

Since then, scrutiny, regulation and legislation have dramatically increased, and universities are, in theory at least, more accountable for how they manage their admissions.

However, according to the Office for Students, which launched its own review of admissions last week, the proportion of disadvantaged students at the most selective universities in England has hardly changed.

Universities UK is also undertaking a review of fair admissions and is due to report later this year on whether the principles Schwartz championed are still fit for purpose.

These principles supported: transparency; selection for merit, potential and diversity; reliability, validity and relevance; the minimising of barriers; and professionalism.

But what the report lacked was a quantifiable measure that allowed universities to evaluate how effectively they upheld those principles, or that allowed potential students to compare how fairly they were treated. Instead, the emergent gauge has become demographic participation rates in higher education.

Contextualised admissions, giving additional weight to applications from groups who are underrepresented, disadvantaged or have different needs, has become the main driver for reducing the gaps between those most and least likely to gain admission. But as the OfS data illustrate, contextualised offers appear to have limited effect, especially for recruitment at the higher end of the UCAS tariff.

This is because universities balance their desire to widen and diversify their intakes as much as possible against perceived risks to student progression and completion rates. Pre-entry grades are commonly seen as the most reliable indicators of risk. Unfortunately, many school and college pupils underperform in exams due to their education, social and economic backgrounds, or due to personal circumstances and responsibilities.

Applicants are grouped into broad categories based on shared characteristics of disadvantage. The higher education participation rate where they live has become a standard way to infer disadvantage and therefore potential underperformance, and the OfS has set targets for English universities to dramatically reduce the gap between their recruitment from areas with the highest and lowest participation.

However, although there is a standard national measure, there is no standard across universities on how to apply contextual admissions. This has created a multitude of different approaches across institutions and across subjects, making it almost impossible for applicants to research and make informed choices.

This is counterproductive: contextualised offers cannot be an effective tool to widen participation if individuals can’t work out whether it’s worth applying. Yet many universities feel it is essential to have the autonomy to set criteria relevant to their own diversity concerns, rather than using a national standard.

They have a point. Only 3.4 per cent of 18-year-olds in London fall into the bottom 20 per cent of national participation rates by area, a proportion 10 times lower than in the north-east of England. Does that mean that a small London university that predominantly recruits from the local area is acting unfairly towards the rest of the country? Is actively supporting the local community a sign of uncivil practice? Conversely, if a high-ranking institution that promotes itself as a global university fails to apply contextualised admissions to all its applicants, accounting for the participation rates, prosperity and diversity of all countries, is it being unfair in its consideration of international applicants?

The principles of fair admissions do not, in themselves, answer these questions. They were designed for appraising individual institutional procedures, not for answering national issues of inclusivity and higher education’s role in fixing inequalities embedded from primary school onwards.

The impact of the increased marketisation of higher education admissions has therefore remained relatively unchecked, perhaps on the assumption that competition would drive participation.

One practice under consideration in the admissions reviews will be that of making unconditional offers prior to results—something that has continued despite accusations of unfairness. Contextualised offers have been drawn into this practice too, with some being conditional on the applicant firmly accepting the offer.

Decisions for the market

It seems counterintuitive to judge that an individual deserves a lower offer to compensate for disadvantage but then put terms on whether to recognise that disadvantage. Such decisions are not a matter of academic judgement but of the market.

They also suggest that contextualised admissions may fall more under Competition and Markets Authority guidelines on fair trading than under the Quality Assurance Agency’s expectations of a fair admissions system or Universities UK’s capacity to be critical of its vice-chancellors.

Balancing the demands of devolved UK administrations with national agencies and measures will be another challenge for the admissions reviews—as will predicting what impact the increasing 18-year-old population will have on behaviour.

UCAS is already making major changes to the clearing process, and advances in technology are increasingly driving agendas. Plenty of other potential future scenarios also need to be considered, such as: outsourcing admissions; automated admissions based on complex algorithms; applicant data harvesting; and pre-application admissions, whereby institutions make unsolicited offers based on profiling rather than waiting for someone to apply.

Plans to move towards any post-qualification admissions system will dramatically change behaviour and raise questions of fairness previously untested.

Unless the ongoing reviews of fair admissions test such possible futures, it won’t be long until we need yet another one.