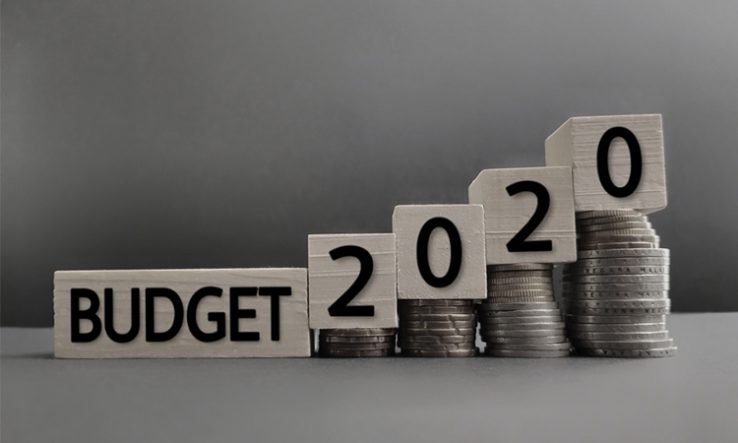 Even by recent standards, the past week in UK politics has been unpredictable. We knew the budget was coming on Wednesday. But right up until chancellor Rishi Sunak took to the dispatch box, it was not clear whether he was going to deliver the big announcements typical of a new majority government or whether he would have his moment in the limelight overshadowed by emergency measures designed to help the country cope with the recent outbreak of coronavirus.

Ultimately, he managed to address the coronavirus crisis and promise big bucks for science. After opening his inaugural budget speech with a pledge to provide £30 billion to strengthen the UK economy against the developing threat posed by Covid-19, Sunak was quick to make the link to the importance of funding science and research to help us navigate the short-term crisis and boost the nation’s long-term prosperity.

Indeed, the chancellor surpassed all our expectations by announcing that public investment in R&D would be increased to £22bn a year by 2024-25. That is far more than the £18bn promised in the Conservative Party manifesto in November. It is also far more public money than is needed to meet the government’s target of investing 2.4 per cent of GDP in R&D by 2027. In fact, by all calculations, this should mean we will reach the 2.4 per cent target a full two years ahead of schedule, suggesting that this is a government with its sights set firmly on the golden number of 3 per cent—an ambitious target that until now seemed a distant dream.

Of course, success will depend on the ability to leverage sufficient private investment over the next five years. But Sunak will be hoping his budget will give this ambition a much-needed kick-start through its pledge for the fastest year-on-year growth of public R&D spending on record.

We will have to wait a little longer to find out exactly how all this money will be spent, though. Detailed allocations of what the government is calling its “investment in ideas” will be set out during the next comprehensive spending review, which is set to conclude in July.

One thing we do know is that Dominic Cummings, the prime minister’s chief adviser, has got his wish. His vision for a blue-sky funding agency, based on the Advanced Research Projects Agency in the United States, was given at least £800 million. It is now almost inevitable that this discovery science body, carefully couched in a commitment to change “the way we fund science”, will be designed to sit outside the framework of public research funder UK Research and Innovation.

Moreover, given the chancellor’s additional emphasis on “where we fund science”, we can safely assume the UK Arpa will not be concentrated in a single area like the golden triangle but will be spread out right across the country in line with this government’s mantra to “level up” the UK regions.

The focus on levelling up was apparent in the chancellor’s other science-based announcements too, particularly after his acknowledgement that 50 per cent of the UK’s R&D funding today goes to London and the east and south-east of England. He pledged to change this through £400m in incremental funding for high-quality research—and much of this will, in his own words, go to “brilliant universities around the country”.

This is sure to be music to many vice-chancellors’ ears—particularly those running institutions that have long found themselves losing out via more traditional means of distributing research funding.

The government will nevertheless have to work with what it has got and explore with UKRI just how many existing funding mechanisms can be used to allocate these funds. This not only suggests that schemes such as the Strength in Places Fund may find themselves reinvigorated for this purpose but also poses the question of whether this regional approach to investment will breathe new life into the government’s industrial strategy and, of course, local industrial strategies as well.

While universities across the country may now be contemplating how best to access some of this R&D money, the chancellor did not provide any clarity on the question of fees and funding. Former universities and science minister Chris Skidmore had already hinted that this would be the case back in January by confirming government plans to respond to the Augar review of post-18 education as part of the comprehensive spending review in the summer.

The best that universities could get from the chancellor this time around, then, was a freeze on undergraduate fees at £9,250—something that, despite representing a fall in real-terms value, will at least provide institutions with some planning certainty amid the unknown impacts of the Covid-19 outbreak and, of course, the outcome of the UK’s ongoing negotiations with the European Union.

It is, however, on the topic of immigration that universities will be looking most sceptically at the government’s budget announcements. International workers coming to the UK will face an increased immigration health surcharge of £624 per person a year, up from £400, likely after April.

It is too early to predict how this will affect international researchers considering working at UK universities, but some may well think again when they find they have to pay this fee upfront, in full and for the duration of their visa. It is also applicable to any accompanying spouses and dependants (with the fee for children set at £470), meaning that a researcher planning to relocate to a UK university with their spouse and two children on a three-year Global Talent visa would now have to find £6,600 before they even set foot on UK soil.

This fee, together with the 2 per cent stamp duty surcharge facing non-UK residents who purchase residential property in England and Northern Ireland from April 2021, could well be enough to deter some international researchers from making the UK their future home—thereby damaging the pipeline of talent needed to achieve the government’s 2.4 per cent dream.

So, while the prospect of more money for R&D gave universities across the country reason to celebrate during the chancellor’s budget speech, the details emerging from the new immigration system may well have left a bitter aftertaste—something that many will be looking to the forthcoming spending review to mask.

Diana Beech is head of government affairs at the University of Warwick and a former adviser to three universities and science ministers.