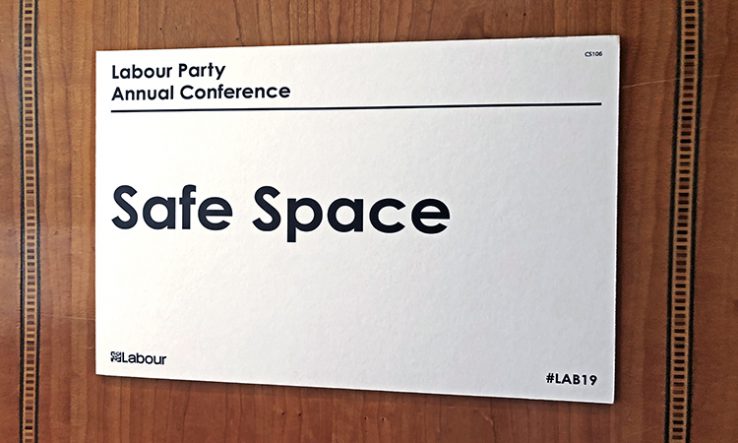 In 2011, Ed Miliband appeared on the Andrew Marr Show from the Labour Party conference in Liverpool. Here was a new leader and a party only recently out of power, keen for a line that could set the tone for his leadership and put some clear red(ish) space between Labour and the coalition.

He opted for a position on student tuition fees in England. Where the Conservatives had read the Browne review and said £9,000 (and the Liberal Democrats said yes and then ‘sorry’), Miliband looked at the same issues and said £6,000.

This was later described as what Labour would have done at that time but, as we know, the party could never shake off that position and in the end had to take it into the 2015 general election via a series of tortuous retrofitting reviews and decisions.

What line to take on tuition fees and many other aspects of policy is the challenge now facing Labour leader Keir Starmer and his shadow team (as explored in some detail by Martin McQuillan in a recent Playbook).

So far, Starmer has avoided similar pitfalls in other areas and has instead—so soon after the party’s heavy defeat in the December 2019 general election—begun to rebuild Labour’s approach and tone.

Beyond Brexit and Covid-19

Now isn’t the time to put forward hastily formed top-line positions on anything. Rather, it is a time to scrutinise and probe—which is what Starmer does well anyway—and to rebuild his party’s reputation for competence and electability.

Labour must critique the government’s record as it deals with Covid-19 and Brexit and tries to distance itself from the policies of previous Conservative governments. Whatever some Labour voters might think, there isn’t really a clear position to take on any of these.

But in education and in research, the autumn poses a different set of challenges for both Labour and the Conservatives—and for the Department for Education and the Department for Business, Energy and Industrial Strategy as they flesh out policy reforms and spending promised since last summer. The government needs to show that there are plans on trade, ‘levelling up’ and doubling R&D spending. All these are about a world beyond Brexit and Covid-19—building an economy that is dynamic, ‘levelled up’, growing and more productive. Universities will have to be a big part of all of these agendas.

Trickier for Labour, then, is the policy ‘wiring’. It would be difficult (and unwise) to oppose a doubling of R&D funding or a focus on regional or applied research. Likewise, the party should not oppose any plans for the expansion of higher technical education or a long overdue increase in further education funding more broadly. Both were major ambitions of the last Labour government and have been repeated in many of Labour’s election manifestos since.

Of course, the Conservatives will target some of the investment and message at parts of the ‘blue’ and ‘red’ wall seats and at people and places supporting Brexit, which complicates and intensifies the challenge for Starmer and Labour. Local and regional inequalities and the politics of identity and place may have been the backdrop for 2019’s election—and arguably for 2015 and 2017 too. But they will certainly be the battleground for the next one—as they will be in similar places across the American ‘rust belt’ in the presidential election in November. That will be an election everyone will be watching closely.

In the UK, politics will be as important as any detailed policy. Education secretary Gavin Williamson proved as much earlier in the summer when symbolically ‘abolishing’ Tony Blair’s 50 per cent target for the proportion of young people going to university. Never mind that he was doing nothing of the sort, and never mind that this was never exactly Blair’s target, which included apprenticeships and higher-level technical training. Most important was the traditional ‘more means worse’ narrative.

Policy details are hugely important for delivery and for the tangible economic and social outcomes that follow, although they don’t always make for easy headlines—the headline cost of going to university, for example. Or the political cost of being denied it by an algorithm. But it takes a lot to get R&D and further education onto the front pages, even when they are in line for spending windfalls.

Even the possibility of political differences on devolution is hard to call. A white paper on local government reform, promising more mayors and unitary and combined authorities, has been delayed until the new year. But significant political differences between the Conservatives and Labour might be difficult to spot.

Likewise, the civic role of universities is another agenda that is gathering steam (I nearly said momentum), but on both front benches. Shadow education secretary Kate Green brings a reputation for being very able and well regarded, and she has a track record of competence from the real world. As the third successive MP from Greater Manchester in this portfolio, she may also have real insight into devolution and the civic and local growth agendas.

It’s likely to be an autumn and winter of detailed policy as well as high and low politics. For further and higher education, as well as R&D, there will be much to scrutinise. A spending review, a long-awaited response to Augar and a further education white paper will be just the beginning. There will be political fireworks, bonfires and ‘moonshots’—although it’s unlikely this year’s display will be sourced from China. For this year at least, Labour would be well advised to stand back and keep a safe distance.

Andrew Westwood is professor of government practice and vice-dean for social responsibility at the University of Manchester.