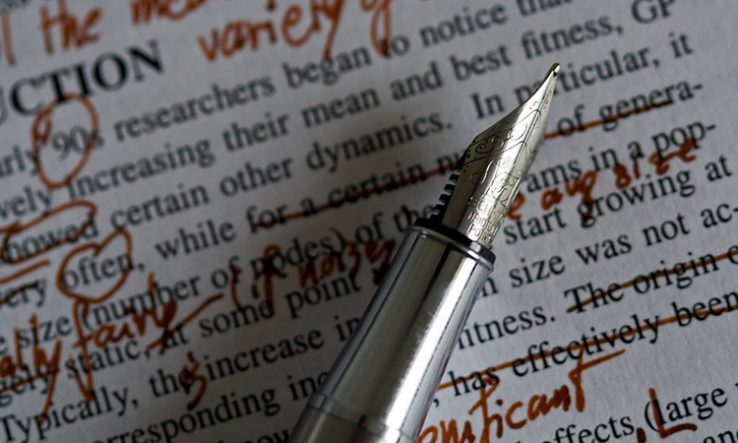 With this month’s publication of the skills white paper, and the government’s interim response to the Augar review, not to mention the final ushering out of the Pearce review on the Teaching Excellence and Student Outcomes Framework, together with the government’s response, it is tempting to think that something is happening in the education world. That temptation should be tempered, for nothing really will—or indeed can—happen until the sound of the Treasury till ringing open at the Spending Review later in the year. Samuel Beckett might have titled this particular ongoing saga, ‘Waiting for Rishi’.

Still, enough morsels—consultations on consultations—have been thrown out there to keep the higher education policy world busy for now. And those with learned, occasionally bitter, experience of these matters know that there’s many a slip ‘twixt the cup and the lip, as the history of white papers and their eventual chrysalis into legislative butterflies demonstrates.

Amid all this, a small parliamentary episode seems to have gone unnoticed. Published on the same day, the House of Commons Order Paper reads as follows: Wednesday 10 February. ESSAY MILLS (PROHIBITION): TEN MINUTE RULE MOTION Chris Skidmore. That leave be given to bring in a Bill to prohibit the operation and advertising of essay mill services; and for connected purposes. On 10 February, I will be introducing a ‘Ten Minute Rule Bill’ in the House of Commons chamber.

For those uninitiated in the ways of parliamentary procedure, these are ten-minute slots, usually taking place in the interval between parliamentary questions and the start of the main debate, in which a member of parliament has the opportunity to make the case for a specific piece of legislation they believe the government should add to the statute book—a sort of political fantasy football, or Room 101.

Canary in the coalmine

If the bill isn’t opposed—and sometimes votes are triggered leading to the proposal being killed off—it gets the chance of a second reading, which never actually takes place due to the pressures of the parliamentary timetable. But that’s not the point. Instead, the ten-minute rule bill highlights a burning issue that needs attention, that perhaps deserves legislation, and which can test the reaction in the media and the public as to whether this would be a good idea or not—a legislative canary in the coalmine.

Over the course of my ten-year parliamentary career, I’ve had the chance to make the case for a bill that would ensure defecting MPs triggered an automatic by-election, a bill that would create a community right of appeal to certain planning applications, and a bill that would have established a new form of education category to go alongside free school meals identifiers, that I termed ‘At Risk of Educational Disadvantage’. Some of my ideas are now in some form law, some have recently been trailed as soon-to-be law, and perhaps the third might be closely considered given the scale of educational catch-up that we will need after the pandemic and lockdown eases. I tend to choose topics I feel are realistic areas of legislative focus.

So, this year, now unencumbered by ministerial office and loitering on the backbenches, albeit virtually, I’ve decided to take up the ten-minute challenge once more. The issue I’ve chosen—to prohibit the operation of essay mills and their advertisement in the UK—is a move that has already been taken by several countries, including most recently Australia. It also has support in the UK higher education community, including from the Quality Assurance Agency’s chief executive, Douglas Blackstock, and the University of Nottingham’s registrar, Paul Greatrix, who has called for legislation on it.

Which is exactly what I hope to set in motion, having begun a process of looking at the technological challenge as minister, including, in my role as minister responsible for EdTech, having requested that this be included in the EdTech strategy published in spring 2019.

With the move to remote and online learning recently forced upon universities, the increased risk that essay mills and those who actively aid plagiarism take advantage of vulnerable students needs to be addressed. I am not seeking to criminalise students themselves; they, I believe, should face institutional sanctions if they use these services. It is the provision and advertisement of the services that is my target. The case against essay mills has been eloquently made by many in the higher education world, and I’m hoping to do it justice on 10 February.

This is where I want to turn to the wisdom of crowds—in particular, the Research Professional readership—to gather material for my speech. Bearing in mind that I only get ten minutes to make the case—at most 1,000 words—I would be extremely grateful if readers could send me any cases or examples of where they have seen essay mills in operation, how they have affected the lives of their students, and what their corrosive consequences have been.

This bill won’t be the immediate end to essay mills, but it can be the start of a legislative process that can and does influence government to take action. By making the collective case against essay mills, at the very least I hope this is one legislative effort the sector can welcome. I would really value the opportunity to tell as many real stories as I can in the time. If you have any, please email me at chris.skidmore.mp@parliament.uk.