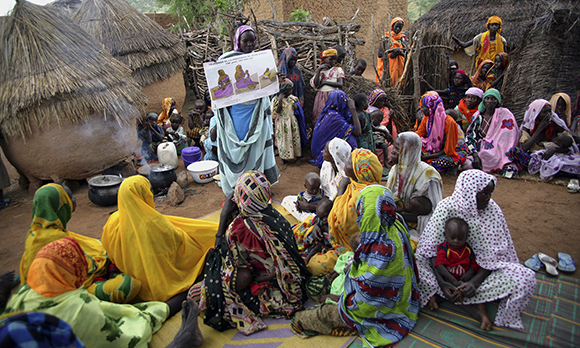 A higher proportion of Africans believe vaccines are safe compared with people who live in Europe or the United States, according to a global survey of attitudes to science.

The Wellcome Global Monitor 2018 report published on 19 June surveyed more than 140,000 people from over 140 countries. Over 85 per cent of the respondents from sub-Saharan Africa said they think vaccines are safe.

In Africa, country values ranged from nearly 100 per cent in Rwanda, Ethiopia and Liberia, to below 60 per cent in Togo. Only one European country—Northern Cyprus, recognised only by Turkey—recorded a higher percentage than the African average. In France, less than 50 per cent said they believed vaccines were safe.

The data presents a challenge, said Charlie Weller, head of vaccines at the UK-based Wellcome Trust, which produced the report. “We need to make sure that people have confidence in both the safety and effectiveness of vaccines and understand more about the complex reasons why this is not always the case,” she said in a statement.

Trust in science is low

However, averages can be deceptive. Africa is home to three of the world’s 19 countries where the proportion of respondents who placed ‘high’ trust in scientists exceeded 30 per cent: Niger, The Gambia, and Tanzania. The three countries recording the lowest trust levels in scientists were also African: Gabon, Burundi, and Togo.

Niger’s trust levels surprised the report’s authors, given that 65 per cent of the respondents from the country, when asked to rate their own knowledge about science, said they knew ‘nothing at all’ or that they didn’t know what to answer. The report notes that a major re-greening effort in Niger might have improved attitudes towards science in the country.

In The Gambia, the survey coincided with the country’s first national science week, which may have influenced the outcome.

However, many Africans feel excluded from the benefits of science. This is especially the case in North, Southern and Central Africa, the report says. It points to a range of factors likely to contribute to this sentiment, including income and education levels, but also “whether people feel that science is something that is shaped by their national culture or history rather than something that is ‘foreign’ to their culture”.

“We need to care more about these connections if we want everyone to benefit from science,” said Imran Khan, head of public engagement at the Wellcome Trust.