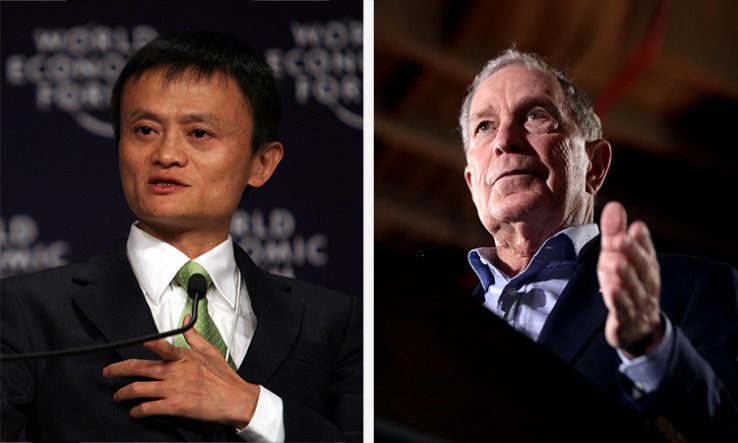 On 16 March Jack Ma, founder of the Alibaba group, announced that the Jack Ma Foundation and Alibaba Foundation would jointly donate 20,000 testing kits, 100,000 masks, and 1,000 medical protective suits to each of Africa’s 54 countries.

The equipment will be sent to Ethiopia, which will distribute it to the others. Ma also said the foundations would work with African medical institutions to provide online training material for Covid-19 treatment.

And on 17 March, Bloomberg Philanthropies, the charity of former New York City mayor Michael Bloomberg, announced a US$40 million programme to prevent or slow the spread of Covid-19 in low- and middle-income countries, with a “strong focus” on Africa.

“Millions of lives depend on getting the coronavirus response right—and so does the economic and social health of communities around the world. We need to slow transmission of the virus and minimize the impact of the outbreak in all countries,” Bloomberg Philanthropies said in a statement.

“This crisis is proving to be more difficult and longer lasting than any of us had expected,” Ma said in a statement. “We must take every effort to get prepared.”

The announcements come as African confirmed cases of Covid-19 surge following a slow start compared with many other global regions. Algeria announced Africa’s first confirmed case on 25 February: as this article was published on 19 March the tally stood at 613 cases in 31 countries. Egypt has the largest documented burden—210 cases—followed by South Africa with 116.