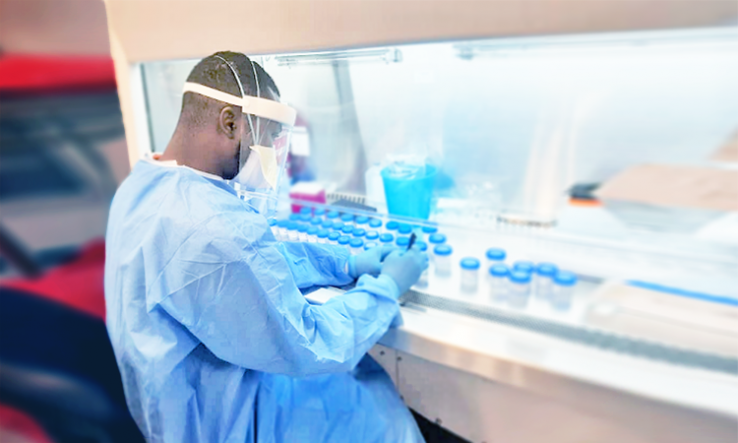 ‘Minute fraction’ of early Covid-19 research funding made it to Africa, says study

Only a “minute fraction” of the Covid-19 research funding being spent globally seven months into the pandemic reached Africa—and the research that was done overlooked the continent’s priorities, a study has found.

The study was published on the African Academy of Sciences’ Open Research platform on 24 November. It was written by researchers based in Kenya and the United Kingdom, and has not yet been peer reviewed.

Just 3 per cent, or US$22 million of the more than US$720m committed to Covid-19 research as of 15 July this year was making its way to Africa, the paper says. The authors drew on projects registered with a global Covid-19 funding tracker run by the UK Collaborative on Development Research and the Global Research Collaboration for Infectious Disease Preparedness (GLoPID-R).

None of the projects in the study sample were funded by domestic funders, the authors say.

However, domestically funded research is a blind spot for the tracker. As of 9 November, there were no South Africa funded projects listed for South Africa, despite the fact that many Covid-19 projects have been funded to date by the country’s National Research Foundation and the South African Medical Research Council.

Most funding heading for Africa in the sample came from Europe, the authors say. The United States was conspicuous by its absence, given its normally strong role in supporting African health research. However, the US added projects in Africa to the tracker in August, they add.

African scientists were also under-represented in the Covid-19 research projects underway by mid-July. Of the close to 1,900 active projects, only 84, or 4.5 per cent, involved one or more African researchers.

Few projects targeted research areas specifically identified as being of benefit to Africa, the study notes. In April, African scientists mapped out research priorities for Covid-19, which included protocols in the absence of intensive care facilities and prevention of transmission in communities and clinics.

The authors argue that the relative lack of funding in Africa for Covid-19 research, and the under-representation of African researchers, could partly be explained by donor countries focusing on their own populations during the early months of the pandemic. The virus took hold in Africa later than in Europe and North America.

Many of the projects in Africa contained a capacity-building element—something that shows Africa’s lack of preparedness for emerging disease outbreaks, the authors claim. They say that the speed with which this funding was made available could also indicate that the capacity built might not be long-lasting.