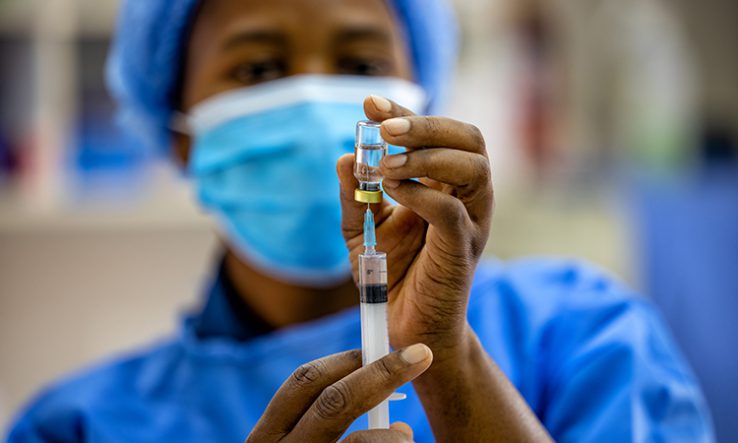 A 20-year blueprint for a domestic vaccine manufacturing capacity in Africa will put research and development centre stage, a conference heard this week.

More than US$20 billion could be spent on R&D to enable Africa to, by 2040, manufacture 60 per cent of the vaccines it administers.

That target is the ambition of the Partnership for African Vaccine Manufacturing (PAVM), whose blueprint, or Framework of Action, was unveiled this week during a stakeholder conference.

Boosting R&D is one of eight “bold” programmes outlined in the blueprint. Others include regulation strengthening, infrastructure development, market design and technology transfer.

Of the estimated US$30bn needed for blueprint implementation, around US$20bn will be spent on strengthening R&D capacity, said Ebere Okereke (pictured), a senior public health advisor at the Africa Centres for Disease Control and Prevention.

The blueprint envisages the creation of vaccine centres of excellence in each of Africa’s five regions, bringing together regional capacity under one probably virtual roof to inform and support vaccine development, improvement and manufacturing.

Research will focus on 22 priority diseases, ranging from legacy diseases like diphtheria and meningococcal disease to major threats such as Covid-19, malaria and HIV.

It also includes diseases that are currently not the focus of international vaccine development, like Lassa fever. And it makes room for “disease X”—a shorthand used by the World Health Organization for an emerging pathogen that may arise at any time and for which the world needs to prepare.

The list of diseases is not set in stone, Okereke said: “This is a living document that will be reviewed regularly. It’s not a recipe book, it’s about creating an enabling environment,” she told the conference on 6 December.

To manufacture 60 per cent of Africa’s vaccine needs, which are rising every year, the continent will need to produce between 1.5 billion and 1.7 billion doses per year by 2040, said Carolyn Williamson, an immunologist from the University of Cape Town.

Williamson, who has helped draft the PAVM blueprint, told the conference on 7 December that R&D efforts will focus on regions of the vaccine pipeline where Africa is currently weak. For example, there’s good capacity on the continent for molecular epidemiology and genomics, as well as for human clinical trials. But Africa lacks pre-clinical testing capabilities for human drugs and needs more plants that can produce medical products to international standards.

Rwanda’s president Paul Kagame, who hosted some of the conference speakers in Kigali, told delegates that Africa’s isolation during the pandemic has “served as a constant reminder that we need to build things for ourselves.” He added that the pandemic, though terrible, had created an opportunity to “fundamentally change the pharmaceutical manufacturing landscape on our continent.”