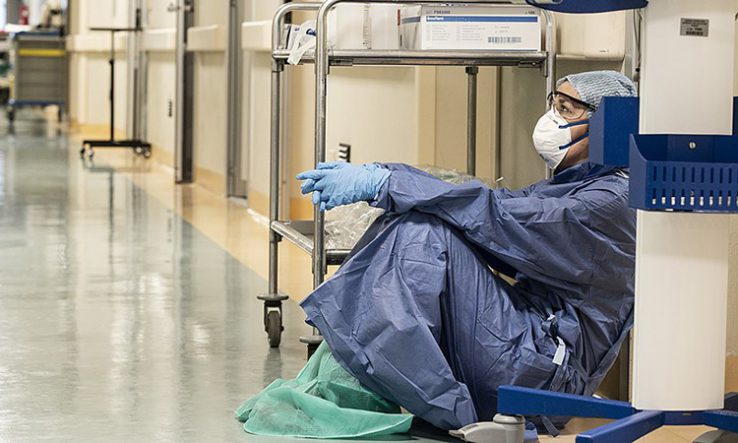 “Tragic situation” is recurring with Covid-19 despite treatments and vaccines

Leading HIV experts have said that the world’s response to the Covid-19 pandemic shows it learnt little from its experience with HIV.

Soumya Swaminathan, chief scientist at the World Health Organization, said that the “tragic situation” she saw play out in 2004 working as a doctor in India is happening again, where people in poorer countries are dying despite the availability of treatments.

She and others spoke during a virtual meeting on HIV, Covid-19 and science on 8 June organised by the United Nations Aids agency, the WHO, the World Bank, and the Africa Centres for Disease Control and Prevention.

Swaminathan said that Covid-19 vaccine distribution inequities can lead to new variants, which would mean starting the response all over again. “You can’t solve a pandemic one country at a time or a region at a time. We need a globally agreed framework,” she said.

Swaminathan admitted that the WHO had failed in its drive to get countries to share vaccines for Covid-19 despite persuading all member states to agree to a fair allocation framework.

“For some reason we are not able to convince leaders and the public to share what we have. We don’t seem to learn from history,” she said.

“If we just do trials and don’t do the upfront investments and don’t sort out post-trial access, [then] to me it is meaningless,” she said.

Abdool Karim said that the response to HIV showed that community partnership and leadership is crucial in pandemics. She said the “nexus between science and activism” spearheaded South Africa’s HIV response, which was set back by Aids denialism.

Swaminathan warned that the Covid-19 pandemic has seen a significant drop in HIV and TB testing and also affected the availability of data and drugs.

Abdool Karim agreed that if the world fails to invest more in HIV research much of the progress against the disease will be reversed. She was referring to UNAIDS’ new targets of 95 per cent of countries’ HIV-positive populations to be receiving treatment, know their status and be virally suppressed.

“We simply cannot afford to drop the ball on HIV. Our investment in HIV has enabled us to pivot and respond as rapidly as we did to Covid-19,” she said.