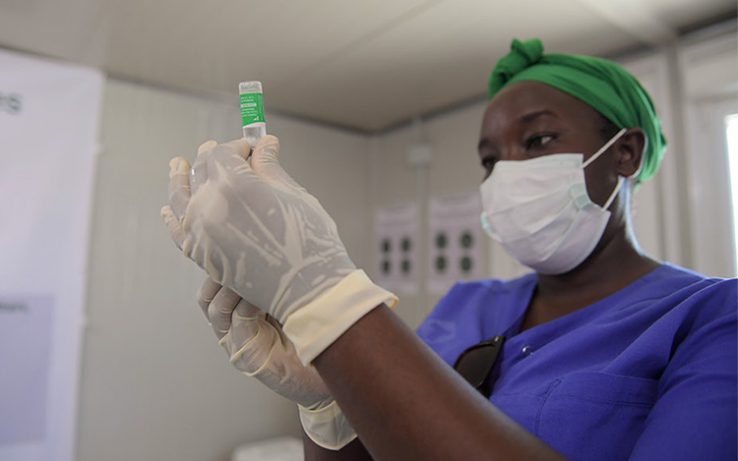 Africa’s leading public health official has rubbished claims that the continent’s Covid-19 vaccination rates are lagging behind the rest of the world because of vaccine hesitancy.

John Nkengasong, director of the Africa Centres for Disease Control and Prevention, told a virtual World Economic Forum meeting on 18 January that Africans are ready for vaccines but that doses aren’t arriving fast enough to meet demand.

Nkengasong was responding to concerns that vaccine hesitancy in Africa may rise as the roll-out gathers speed. Vaccination rates in South Africa have slowed in recent months, adding to these fears.

However, hesitancy is not widespread in Africa, Nkengasong told the forum. “Studies after studies are showing that 80 per cent of our population is ready to take vaccines if they are available. No one can dispute it,” he said.

He blamed “moral failures” in rich countries and pharmaceutical companies for the status quo, with only 7 per cent of Africa’s population fully vaccinated compared to more than half of the global population.

“Over the last two years we have seen the total collapse of global cooperation and solidarity, period,” he said.

Nkengasong said that Africa’s main limitation is logistics, in other words how to deliver the vaccines in countries in a systematic way. Now that more vaccines are beginning to reach the continent, he said, countries must come up with specific, aggressive vaccine targets and coordinate their responses better.

However, he said, forces that have aimed to “politicise immunisation” in richer countries are “spilling out into the rest of the world”. He argued that this is leading to an increase in vaccine hesitancy in poorer parts of the world.

Berkley said that Covax, the initiative to bring vaccines to poor countries led by Gavi, will continue to have a “rocky supply” of vaccines for the next six months.

“The new challenge that is here is making sure that every country is ready to receive [the vaccines],” he said.

Countries’ absorption capacity—their ability to maintain a predictable and adequate supply of vaccines via storage, distribution and administration networks—have improved, he said, but some problems remain.

“Countries have tripled their absorption capacity, but there are 20 to 25 countries that have problems,” he said

India to step up

Adar Poonawalla, the CEO of the Serum Institute of India, said that his organisation and others aim to supply 1 billion vaccine doses to Africa through Covax in “the first quarter or two” of 2022. The SII has an agreement with Gavi and the Bill & Melinda Gates Foundation to supply vaccines to low- and middle-income countries.

Poonawalla praised African countries for increasing their absorption capability for vaccines. “We are in a far different and better place than we were last year,” he said.