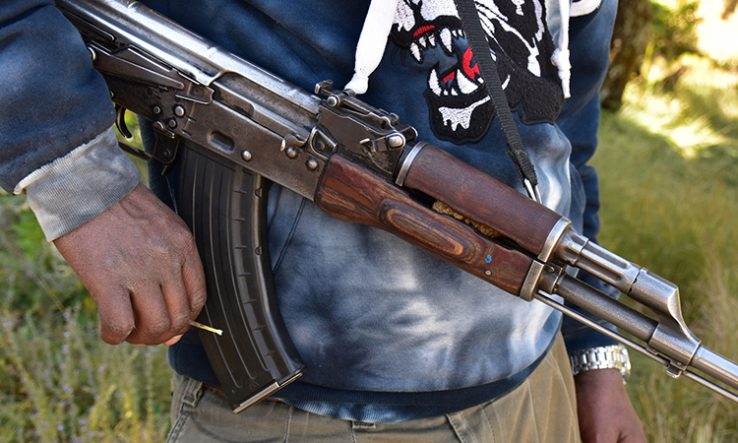 Hagos Abrha Abay was visiting his ancestral home in Ethiopia’s Tigray region when the war broke out.

“It was a nightmare,” recalls the Hamburg-based scholar, who studies ancient manuscripts. It was November 2020, and he was in the northern region doing fieldwork for his three-year project to digitise some of the area’s important religious texts.

Having witnessed the devastation—and hospitals filled with victims of the violence—Hagos visited his family one last time before managing to return to Germany. He hasn’t been back since. It has affected him both personally and professionally. His fieldwork has been delayed indefinitely, and the mental toll means he struggles to submit work on time. “It’s really difficult to do research,” he says. “The war has traumatised me.”

Hagos is not alone. Many scientists whose work takes them to Tigray—a region rich in history and culture—have had their research halted by the unrest. It’s a complex conflict, with deep roots. At its heart lies Ethiopia’s coalition politics, and the shift in power that saw current prime minister Abiy Ahmed assume office in 2018, sidelining the Tigray People’s Liberation Front, which had led the country’s coalition government since 1991.

Tensions had been building for years when the Ethiopian army launched a military attack on Tigray in November 2020. Full-scale war raged until June 2021, followed by a 10-month blockade. A humanitarian truce was declared in March, but the conflict is not over. The blockade caused widespread hunger in the region, and communicating with or travelling to the region remains fraught.

“I’ve only spoken to my family twice,” says Hagos. “Lots of relatives and friends have died.”

The ethnic nationalism that drives Ethiopian politics, and which fuels the conflict, has not spared the country’s academic community. Fault lines have appeared between Tigrayan scholars and their counterparts elsewhere in the country. In November 2021, Addis Ababa University reportedly said it could revoke academic degrees of graduates of the university that expressed support with the Tigray People’s Liberation Front.

Tigray’s four universities remain closed, Hagos says. Some academics left in the early days of the conflict, when there were still flights out of the region. But many are stuck, and even if they could flee, they might not be welcome elsewhere in the country, Hagos says: “They might be viewed as political threats or dissenters.”

The war has divided Ethiopian scholars and polarised the scientific community, agrees Hailay Abrha Gesesew, a researcher in public health based at Torrens University, Australia, who studies HIV service delivery in Tigray.

Before the war, Hailay had three active projects in Tigray with budgets totalling more than US$500,000. All three have been suspended indefinitely due to the conflict. “I had considered doing my research elsewhere in Ethiopia, but attacks on ethnic Tigrayans make it impossible,” he says.

The hiatus has also suspended a collaboration Hailay was establishing between his university and Mekelle University in Tigray. Two PhD students who were set to come to Australia have been unable to leave Tigray. He says he knows Tigrayan academics who have been sent to prison camps, and others who have stopped their projects and joined the armed struggle.

Hailay says he has not spoken to his parents since May 2021. He does not know whether they are alive or dead.

It’s not just ethnic Tigrayans whose research has stalled. Yonatan Sahle is an archaeologist based at the University of Cape Town. An Ethiopian who grew up in Addis Ababa, he was gearing up for the project of a lifetime in the country’s Afar rift, which neighbours Tigray, when hostilities began.

“Previously, only American researchers had led projects in that part of the world, East Africa.” he says. He and his colleagues had been surveying the site since 2017, and in 2018 they had found hominid fossils.

“This was probably one of the very few projects that had been conceived and led by an Ethiopian, based at an African institution. This was huge,” Sahle says. He hasn’t been able to visit the region since 2019.

Sahle is sceptical about the ceasefire agreed last month, pointing out that Tigray forces still control several areas and their leader has warned fighting could restart if international aid is blocked from reaching civilians.

He also believes that other problems, including rising living costs and drought, have “introduced further uncertainty to an already fragile peace and security in the country.

“I strongly doubt that my team and I will be able to conduct a successful field season this year,” he says. “It is so unfortunate, but all we can do is wait and see until the country—and the Afar state in particular—becomes safe enough for us to travel across and conduct our field research.”

A question of solidarity

Since March this year, the outpouring of sympathy and support for Ukrainian scientists following Russia’s invasion has put a spotlight on how researchers affected by other conflicts are treated.

Hailay says the conflict in Ukraine has delivered an important lesson—especially for non-Tigrayan Ethiopian scholars.

“A scientific community should be non-partisan and stand with the victim, no matter what, and preach to de-escalate hostilities as opposed to igniting a conflict to another level,” he says.

Until that de-escalation happens, researchers will have to wait to take their work to Tigray once again.