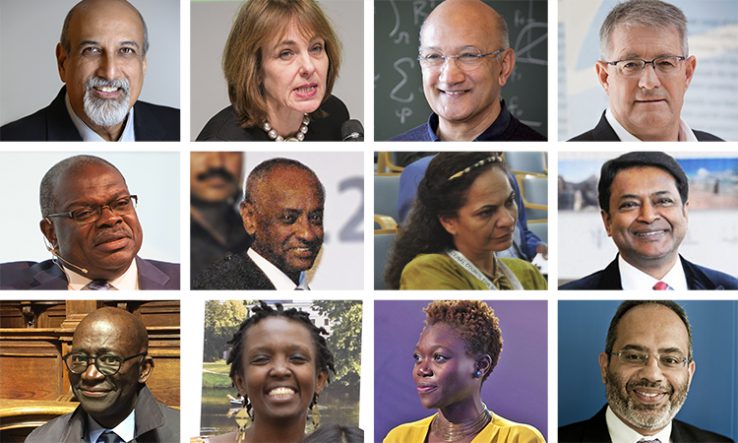 The International Science Council has named about a dozen influential African scientists and policy experts under a new fellowship programme that recognises individuals who promote the public impact of science.

The 66 inaugural fellows announced this month will lay the foundation of what the council says will grow to a 600-strong grouping that will act as a “global voice for science”.

In a statement, ISC president Peter Gluckman said the fellowship is the highest honour that can be conferred on an individual by the council.

“We want to recognise those scientists who have contributed and continue to contribute to the global voice for science. Science needs champions, not just those who receive high-profile scientific prizes, but those who champion science in society and in policy-making, whether early or late in their career,” he said.

The list of scientific experts and knowledge brokers includes Salim Abdool Karim, an HIV researcher who previously served as president of the South African Medical Council. He also led the science advice to the South African government at the start of the Covid-19 pandemic.

Other South Africans on the list are Heide Hackmann, Daya Reddy and Albert van Jaarsveld. Hackmann, one of 30 selected women, was the inaugural chief executive of the ISC and is a former head of the International Social Sciences Union. Reddy is a professor of mathematics at the University of Cape Town and van Jaarsveldt is a previous chief executive of South Africa’s National Research Foundation.

Prominent African fellows include Ernest Aryeetey, secretary-general of the African Research Universities Alliance, Sudanese mathematician Mohamed Hassan, who is the president of The World Academy of Sciences, and Lidia Brito, who served as Mozambique’s first minister of higher education, science and technology from 2000 to 2005.

Other African or Africa-based scholars on the list include:

Mamadou Diouf, a historian from Senegal based in the United States

Tolullah Oni, director of the Global Diet and Physical Activity Group and Network at the University of Cambridge in the United Kingdom

Walter Oyawa, director-general of the National Commission for Science, Technology and Innovation in Kenya and chair of the East African Science and Technology Commission