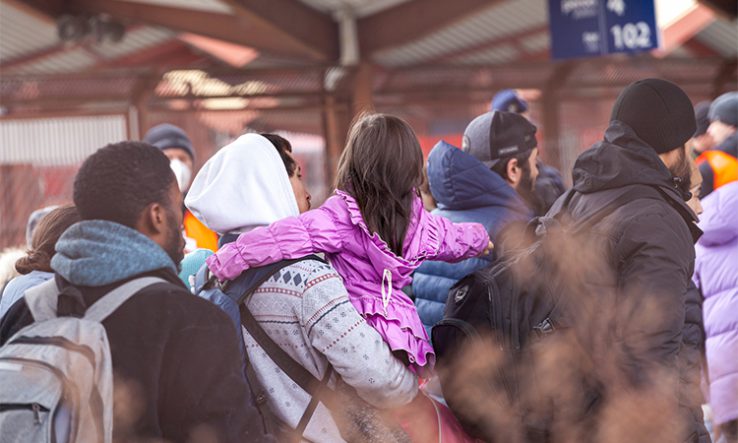 Germany’s academic exchange funder DAAD has launched a support programme to help some sub-Saharan African students finish their degrees on their own continent after fleeing Ukraine.

DAAD has a long-standing intra-African scholarship scheme for sub-Saharan African master’s and doctoral students that supports them to study in their own country or in a network of partner countries across Africa. The new programme will operate under the scheme, and offer a limited number of master’s scholarships.

With its scholarship programmes for refugee students from Ukraine, DAAD wants to counteract the repercussions of war with “a perspective for the future,” a DAAD representative told Research Professional News in an email.

DAAD estimates that in 2020 around 17,000 African students, including over 7,000 from sub-Saharan Africa, were studying in Ukraine. Many such students had to abandon their studies when Russian forces invaded the country on 24 February.

“These well-educated young people with an international network have the potential to benefit from our educational opportunities and to rebuild Ukraine or stabilise and develop their home countries in the future. They are the best guarantee for a better future with democratic structures, less poverty, more education, and health for all,” added DAAD.

The organisation said funding can be awarded for up to 24 months, depending on applicants’ study achievements in Ukraine. DAAD will pay a monthly scholarship, an annual study grant, a graduation lump sum at the end of the studies, and tuition fees charged by the African universities.

“For students who are not yet in their home country, travel costs are also covered,” DAAD said.

Many African countries have abstained from United Nations resolutions protesting Russian aggression in Ukraine. Only a few, like Kenya, have openly denounced Moscow.

The South African government has remained steadfast in its decision not to take sides in the conflict and instead call for dialogue, mediation and diplomacy. On 8 April the country abstained for the third time from a UN resolution “deploring” Russian aggression.

Commenting on the abstention, South Africa’s international relations minister, Naledi Pandor, said in a statement: “There needs to be consistency in the approach of the international community to countries that violate international law. When Israel launched sustained offensive military operations against the Gaza strip, killing hundreds, flattening homes, burying civilians under the rubble, and devastating the already dilapidated infrastructure in such a small and densely populated area, the world failed to respond in the same way as it has on Ukraine.”