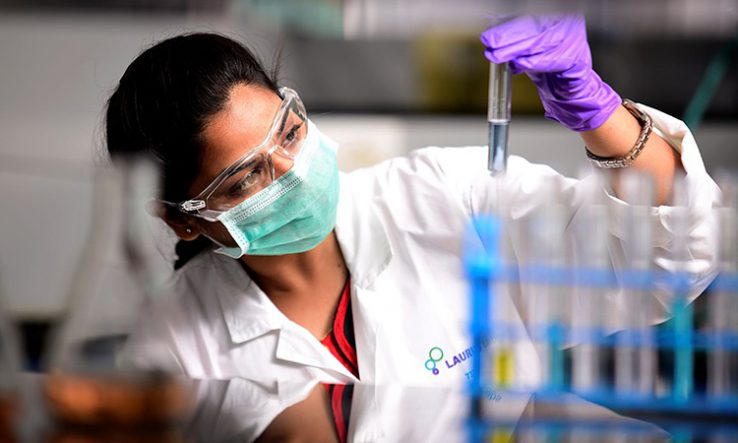 The study, published this month in BMJ Global Health, examined publishing by sub-Saharan African women in first or last authorship positions between 2014 and 2016.

In African health research papers by researchers affiliated with institutions in sub-Saharan Africa, men comprised 61 per cent of first authors and 65 per cent of last authors, the study found.

By comparison, African health research papers written by authors with affiliations in Europe or North America saw women in the majority of first-author positions (60 per cent), although men dominated last author positions with 59 per cent.

"While further research is needed to fully understand the obstacles preventing women in this region from publishing health research, our findings show the need to focus on SSA women when measuring the effects of initiatives aimed at increasing diversity of authorship in academic journals," the study says.

But while the study found that men dominated first and last authorship positions, it also showed that journals based in sub-Saharan Africa published a much higher proportion of women as first or last authors than journals based elsewhere.

For example, the South Africa-based African Journal of Primary Health Care and Family Medicine had women from sub-Saharan Africa as over 50 per cent of its first authors.

Moreover, in sub-Saharan journals where women held a high proportion of first and last authorship positions, the editorial boards were usually overwhelmingly male.

This shows, write the study’s authors, who hail from North America and Africa, that “the inequities sub-Saharan African women researchers face are not necessarily attributable to gender discrepancy in journals’ editorial leadership”. It also identifies local African journals as an important outlet for female health researchers in Africa, they add.

The authors said they were surprised to find that in academic articles about health research in sub-Saharan Africa, women make up at least 20 per cent of last authors in 25 sub-Saharan countries.

“For journal editors seeking editorials on various health research topics, this means that they can invite women in these countries to contribute editorials on issues involving health research in those countries. Yet this is not happening,” said Erica Di Ruggiero, director of the Centre for Global Health at the University of Toronto, Canada, and one of the authors on the paper.

“We hope our findings will nudge journal editors at international journals and at local, Africa-based journals to turn to these women research leaders when seeking invited or commissioned single author papers, such as editorials or essays on health research in sub-Saharan Africa,” she said.

Finding out about journals’ leadership makeup or editorial processes was also tricky, she added: “Given the enormous role journals and their editorial leaders play in holding back (or advancing) women in health research, we urge journals to share their own analyses of reviewer and author demographics openly…Currently, the lack of transparency around journal policies and leadership may be shielding journals from valid criticism.”