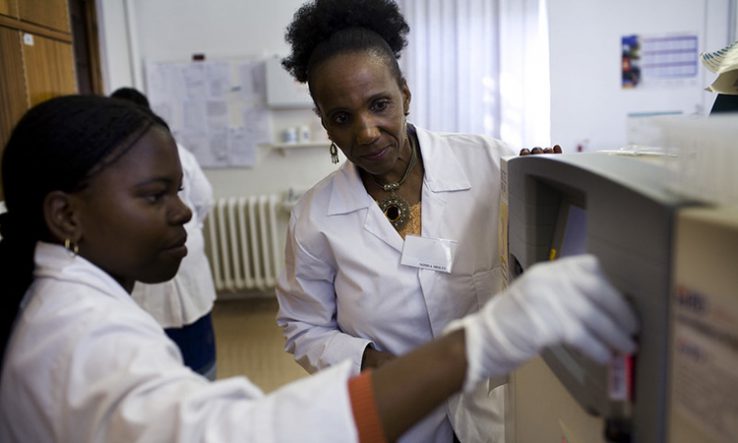 Two prominent African health researchers have confirmed the central message of a recent pair of papers that show that Africans authors are under-represented in research targeting the continent.

The two papers, whose authors include African scientists from Ethiopia, South Africa and Cameroon, were published in the British Medical Journal Global Health on 18 October.

The first paper studied more than 1,100 papers published between 1980 and 2016 on research carried out on the continent targeting diseases like HIV, tuberculosis and malaria. It found that African researchers were under-represented in first and last authorship positions on these papers.

The second paper analysed the links between author affiliations and African authorship trends in 7,100 papers about ‘health’ in sub-Saharan Africa. It found that collaborations with partners in the United States, Canada or Europe resulted in lower representation of African authors, and found the lowest representation in collaborations with top-tier research institutions in the US.

Yaw Bediako, a molecular biologist based at the West African Centre for Cell Biology of Infectious Pathogens at the University of Ghana, said both papers “basically confirm what is widely known and accepted about the inequitable balance of influence and social capital within global health research”. These power imbalances reflect persistent “colonial and neo-colonial attitudes”, he says, which are exacerbated by the lack of local funding for research.

Bediako says it is “striking, but not surprising” that collaborations with rich institutions resulted in more inequity. He believes the reason lower impact papers have more African authors is that they are not valued by the foreign collaborators.

Fredros Okumu, director of science at Ifakara Health Institute in Tanzania, says the second publication raises important issues. “There is still so much written about Africa by persons outside Africa,” he says. This indicates an “urgent need to create the relevant capacity locally” so that local scientists can fill the gaps, he says.

Okumu says it’s not surprising that publication decisions might be driven by those who raise the funding and those who set the research questions. But he is optimistic that the situation will gradually improve as more Africa-based researchers gain the capacity to set the agenda for research. More domestic funding would also help, says Okumu. “This way, decisions of what to publish, as well as on authorship, can be made locally.”

The one BMJ paper calls for “greater investment in capacity building and equitable research partnerships at every level of the global health community”, while the other urges “individuals, institutions and funders from high-income countries [to] challenge persistent power differentials in global health research”.

For Bediako, African researchers have a role to play as well, by making sure they reject “bad deals” and recognise the leverage they have—for example, in terms of access to communities, samples and local regulatory bodies. “It’s time for Africans to take the lead and initiate such collaborations on their own terms instead of waiting to be invited,” he says.