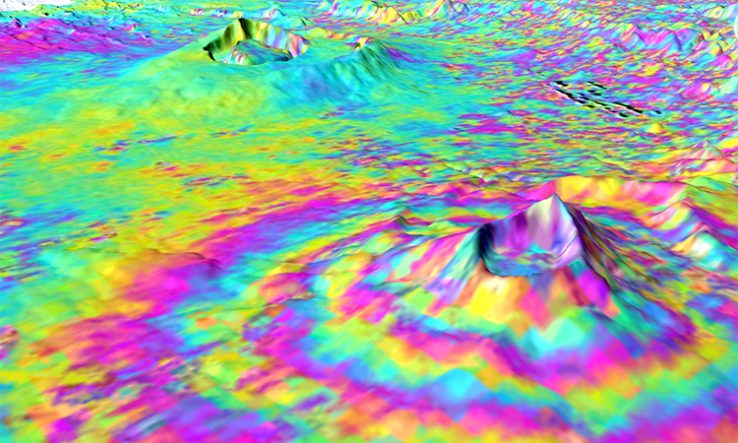 Geoscience bodies in Europe and Africa have asked the European Union to back a €200 million (US$240m) five-year plan to boost research and training activities between the two continents.

If supported, the Africa-EU Infrastructure for Geoscience could run from 2022-2027. It will fund training of young researchers in geosciences, especially women. It will also create synergies between European and African geological surveys and research, support data production for sustainable development, inform policymakers, and expand surveying capacity.

The €200m is an “indicative” amount of what is needed, says Declan Kirrane, managing director of ISC Intelligence in Science, a Brussels-based public relations firm that arranged a webinar on 22 January to inform the broader African and European geosciences communities about the initiative.

Potential funding sources include Horizon Europe—the EU’s next research funding programme. Another option is the EU’s new €80bn Neighbourhood, Development and International Cooperation Instrument. “While everybody knows this is in no sense a science programme, many of the objectives can be supported by a geoscience infrastructure capacity,” Kirrane says

There is also room for private sector contribution, he adds, and the project is exploring partnerships with both the European Investment Bank and the African Development Bank, he says. But before funding is sought, the project requires political backing, he adds.

On 27 January, South Africa’s Council for Geoscience (CGS) and the Irish Centre for Research in Applied Geosciences (iCRAG) presented the plan in a letter to the EU’s commissioners for research and development. Next, the plan will be presented to senior officials from both continents on 23 March, ahead of April’s EU-Africa summit.

One suggested programme, he said, would expand and coordinate geodesy and geodynamics measurements in Africa and Europe. That could help Africa, in particular, plan for geohazards like earthquakes, he added. Murray Hitzman, director of iCRAG, said another important area of EU-Africa collaboration is in mining rare raw materials used in green energy generation and computer hardware.

The partnership aims to leverage existing joint projects like PanAfGeo, a research working group which since 2016 has conducted earth science and sustainability research in both Europe and Africa. “We are not starting from scratch,” Khoza said.