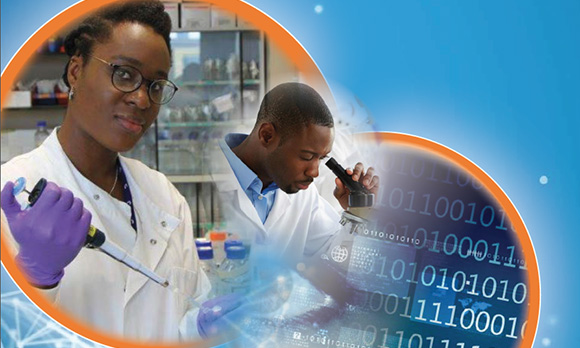 South Africa’s Cabinet adopted the country’s first science policy in 20 years on Friday last week. We compare the final version with the draft passed around for comment last year.

Innovation. Highly skilled immigration. Funding boosts not just for R&D, but for all aspects of the national science landscape. These are some of the areas that have received renewed attention in the latest instalment of South Africa’s new science policy, approved by Cabinet last week.

The final White Paper for Science, Technology and Innovation was adopted on 14 March. According to the Department of Science and Technology, the policy will “chart a new path” over the next 25 years, and “unleash” the power of science and technology to drive inclusivity and economic growth.

“This new policy gives us an opportunity to better prepare for what lies ahead and ensure that South Africa becomes one of the global centres of science, technology and innovation,” said science minister Mmamoloko Kubayi-Ngubane in a statement.

The version adopted by Cabinet is broadly similar to the draft version released in September last year for public comment. It promotes cross-cutting STI policymaking across government, aims to strengthen collaborations between business, government, academia and civil society, and focuses on innovation for social benefit and economic transformation.

However, there are notable differences between the two documents. The chapter on innovation has been expanded, and the whole document has been instilled with a corporate-sounding rhetoric about economic competitiveness. The section describing the current policy context has been tweaked to sound less scathing of past performance. Funding boosts, its finance section now states clearly, must go beyond R&D to all aspects of the national innovation system. And there are new sections on attracting more international scientists and global business R&D investment to South Africa.

The final version of the white paper includes a new section on branding South Africa as an innovative country. This, it says, will be done in partnership with national PR agency Brand South Africa, the country’s tourism industry, and South African embassies abroad. It emphasises international gatherings like the World Economic Forum as key venues to send this message to the rest of the world and to showcase South African innovators. This notion must also be instilled within South Africa’s border, the white paper adds. An agency will be set up to coordinate public science engagement domestically. Grassroots innovation and small- and medium-sized enterprises receive additional attention in the final White Paper. Innovation policy must include all of society, it says.

Another added section deals with cybersecurity. New policies and frameworks are needed to protect privacy in an era of Big Data, the White Paper says. It calls for harmonisation of openness with privacy and security needs, and says coordination between government and the private sector will be essential to ensure South Africa participates in technology development rather than adopting solutions designed (and tailored for) elsewhere. On artificial intelligence, the government will create a fresh regulatory framework, managed by a steering committee led by a range of government departments, including that of labour, to work on mitigating potential job losses.

On innovation, there is a third new section on revising existing industrial sectors, including mining, manufacturing and agriculture.

Credit where it’s due

Throughout the White Paper, language has been changed not just to state the myriad problems facing the country’s science, technology and innovation sectors, but also to give credit where it’s due. In the sub-chapter on the ‘policy context’ of the White Paper, the content has been tweaked to give readers a rosier image of the status quo. For example, where the draft mentions only statistics on poverty, unemployment, educational failings, and faltering economic growth, the latest version trumpets South Africa’s “significant” social and economic progress.

For example, it has added that the 2016 Global Innovation Index showed that South Africa is strong in market sophistication and investment. It has also added that, since 1996 the DST’s expenditure has increased ninefold and that provincial growth and development strategies have invested in innovation hubs, ICT infrastructure and science parks.

And while it still points out that South Africa’s research intensity—measured by GDP expenditure on R&D—falls woefully short of the government’s 1.5 per cent target, it now adds that recent data show “the beginnings of a possible long-term upward trend”.

The White Paper still pushes for a wider engagement with science and technology outside the universities and science councils, for the benefits of wider society. But the final version has an increased emphasis on moving R&D activity and funding beyond these ‘usual suspects’. While universities will “continue to play a leading role in research”, it says organisations such as science councils, NGOs, state-owned entities and other privately funded institutions are “increasingly becoming sites of research and innovation” in line with international trends.

“Funding increases are needed for the STI ecosystem, not only for R&D,” the White Paper now says. “Collaboration and co-funding between the business and higher education sectors, as well as business and science councils, will be strengthened to help address the constraints to business R&D.“

Universities, meanwhile, must prepare students for the fourth industrial revolution, it says. “Every researcher, whether in the natural or engineering sciences, social sciences or humanities, has a role to play in characterising the impact of the 4IR,” a new section reads. Government, universities and research councils will undertake surveys to record the country’s response to the 4IR, it adds.

However, while universities are tasked with producing a diverse workforce and combating past inequities in education, the White Paper’s only mention of ‘decolonisation’ has been removed in the final version. The 2018 draft called the decolonisation of knowledge “an essential academic project that will inform institutional development and open up ways of rethinking the university curriculum”. There is no alternative wording of this statement in the new version.

Finally, a new section discusses how to reverse the brain drain, highlighting the country’s evolving immigration strategy as a way to ensure bright people from all over the world come to South Africa. There is a new white paper on migration, it says, and “strategies will be put in place to optimise this flow of skills and attract investment as South Africa increasingly becomes a host to global research programmes, drawing international researchers and expertise into the country.”

The economic argument for attracting industrial research has been bolstered in the final version of the White Paper. An added section reads that investments in STI will be positioned in the “Trade and Investment South Africa Initiative” based at the Department of Trade and Industry to attract foreign direct investment by multinational companies wanting to perform R&D in South Africa.

However, it’s not all up to foreign investment and local industry to bolster South African scientists’ coffers. In a new bold statement the latest White Paper commits the South African government “at the highest level of budget planning, to sustained increases in public STI investment that will grow over the long term, as the fiscal position of government grows”.

The DST now embarks on a process to develop a decadal implementation plan for the White Paper, stretching from 2019 to 2029.