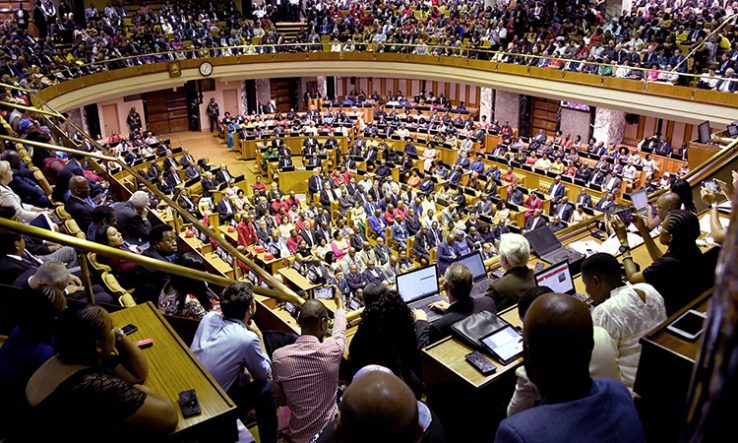 South Africa will get a new science-focused university, president Cyril Ramaphosa promised during his 2020 State of the Nation Address on 13 February at Parliament in Cape Town.

Ramaphosa said a proposed "University of Science and Innovation" will be constructed in Ekurhuleni, the metropolitan municipality in the East Rand of Gauteng. He said the metro is the only in South Africa that does not have a university.

"This [university] will enable young people in that metro to be trained in high-impact and cutting-edge technological innovation for current and future industries," said Ramaphosa.

The 2020 SONA offered more for researchers than usual. The government will finalise a climate change bill this year, Ramaphosa said.

The address was delayed for an hour and a half as the Economic Freedom Fighters disrupted proceedings with numerous objections and eventually walked out. All the other parties called for stricter rules and punitive measures to prevent such disruptions, which have become par for the course for SONA.

However, he also hinted that more budget cuts may be on the horizon with a "top slicing" to go towards youth unemployment. This might mean a further constricted budget for the Department of Science and Innovation, which has suffered cuts over recent years.

South Africans will also have a clearer idea of what the president expects his ministers to achieve. All ministers will sign performance agreements before the end of February. These will contain specific targets and be made public.