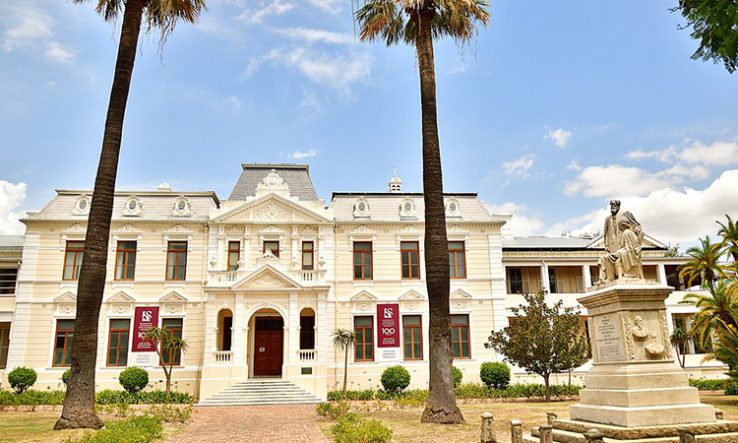 Sharing the inquiry’s final report publicly this week, university rector Wim de Villiers vowed to do better. “This is a sobering moment for the university. It is evident that Black staff members and students do not feel welcome here, despite our deliberate transformation efforts to date,” he said in a statement on 8 November.

The inquiry, led by retired judge Sisi Khampepe, was set up in June after several high-profile instances of alleged student-on-student racism put a spotlight on racial transformation at the once whites-only university. The most widely reported incident was that of a white student urinating on a Black student’s laptop in their shared residence.

“Black students and staff members still feel unwelcome and excluded at the university,” the report notes. There’s “rife” experiences of bullying and mistreatment of non-white staff. And negative experiences are rarely reported due to “a culture of intimidation”.

The report suggests several reasons for the university’s race relations challenges. Some are historical. For example, it says, there are people within and outside the university who see it as culturally significant to white Afrikaaners that the status quo remains.

“These sentiments manifest in external pressures being exerted on the university by alumni and various political and interest groups, and in resistance from white Afrikaans students who attend the university hoping to have the same experience of university life that was on offer at the university many years ago,” it says.

Other reasons are structural. The university’s transformation efforts have been “piecemeal and uncoordinated”, the report states. Overly hierarchical structures mean there is “little incentive for or compulsion on” members of staff to take ownership of transformation.

Middle managers—faculty deans, for instance—were identified by many witnesses interviewed by the commission of inquiry to frustrate transformation. This is because they “are high enough in the system to exercise their power to stall any initiatives or proposals that might change the status quo, but not high enough to be held accountable for the university’s transformation”.

The report makes several recommendations that it says are “targeted at assisting the University with optimising its transformation apparatus so that it will transform in practice, and not just on paper”.

The university should step up training of staff and students to build a common purpose around its transformation goals, the report says. It proposes that a mandatory course be introduced for first-year students to orient them alongside the university’s vision of racial justice.

De Villiers vowed that the university will “work hard” to bridge the gaps between its institutional commitments and what is happening on the ground. In a media briefing on 9 November, he said the university would bring up the report’s findings with the city’s Mayor and business leaders.

He added that the university would forgo funding from donors who disagree with the university’s transformation vision: “We will not accept funding from from any donors or funders that go against the values the constitution of the country, or in any way need to infringement of human rights.”