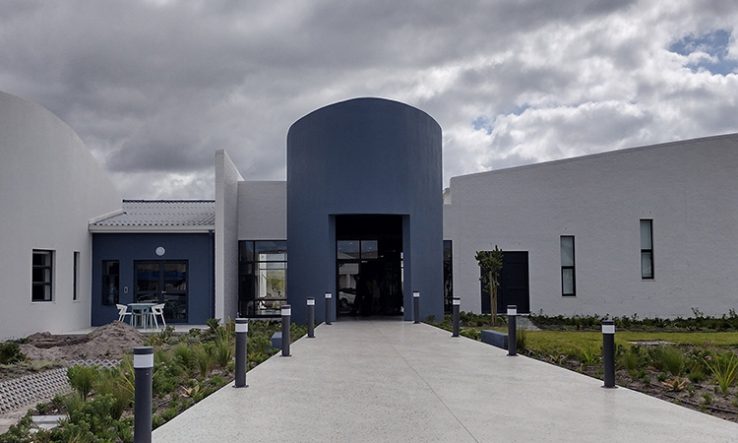 Sustainable funding will not rely on government only, says space agency director

The South African National Space Agency launched its new space weather centre in Hermanus this month. Sansa delivered the three-year project “on time and on budget”, according to managing director Lee-Anne McKinnell.

But securing sustainable funding for the centre’s operations going forward is the next challenge, she told ﻿Research Professional News at a stakeholder engagement meeting at the new facility on 21 November.

“We expect to be 100 per cent government-funded for the first few years, then reduce that need as contract income for services rendered comes in,” she said.

Sansa’s space weather facility—constructed on a 16ha site 120km southeast of Cape Town—is the only regional space weather warning centre in Africa. It is operational 24 hours a day, seven days a week.

Space weather forecasters monitor solar activity such as sunspots and flares. Solar storms can knock out technology used for navigation and communication, and Earth is overdue a large storm, scientists claim.

Hermanus has housed a magnetic observatory since the 1940s. The coastal village does not have a railway—a major cause of magnetic interference—and sits on magnetically neutral sandstone.

The new facility cost R107 million (US$6.3m) to build. Around two-thirds of the money came from the government of South Africa, McKinnell says, with the balance coming from repurposing other budget streams.

Going forward, the centre’s operational budget is estimated to be R23m per year. Initially, the operational costs will be covered by the Department of Science and Innovation, McKinnell says.

However, over time the centre will be securing more and more of its funding from selling services to clients, such as the aviation industry.

The centre, said McKinnell, “is a great example of how research to operations processes can lead to applications that protect our technology and the economy. This is also evidence of the role of science and innovation in ensuring that South Africa plays a leading role in dealing with global challenges.”