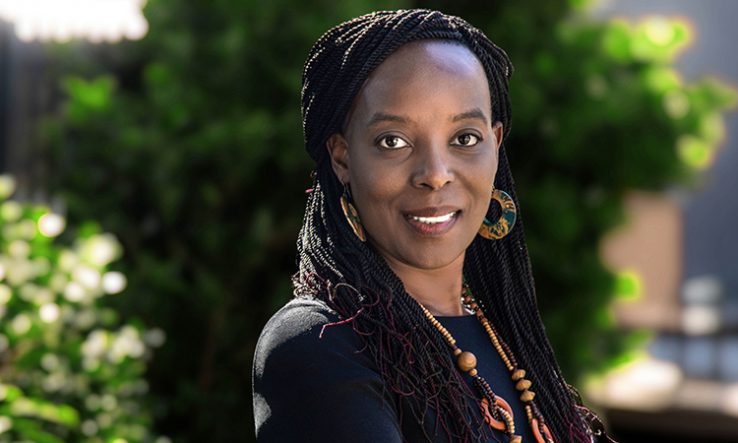 Students will join programme if they see people who look like them, says Sibusiso Moyo

There is much work that needs to be done concerning gender and racial transformation in previously advantaged universities in South Africa. So says Sibusiso Moyo, the new deputy vice-chancellor of research, innovation and postgraduate studies at Stellenbosch University.

Moyo, a mathematician, took up the post on 1 September having served as DVC for research at the Durban University of Technology in Kwa-Zulu Natal previously.

It’s a big move. DUT, formed in 2002 by merging two vocational training institutions, produced 1.68 per cent of South Africa’s academic output in 2019, according to government data. That’s about one-sixth of the output produced that year by Stellenbosch, established more than a hundred years ago and one of South Africa’s top research universities.

Moyo’s experience gives her valuable insights into what is required to transform the racial and gender profile of an institution that historically has served the country’s minority white population.

In an exclusive interview with Research Professional News she explained that many factors come into play when looking to level the playing field to encourage better gender and racial representation in institutions.

However, transforming research at Stellenbosch doesn’t just fall to her as the new DVC, she said. “We are working as a team to implement initiatives and plans on a continuous basis to address key areas that need diversity and transformation.”

Funding is a major stumbling block, she said. “Studying in Stellenbosch can be quite expensive, especially for students coming from elsewhere.”

So-called missing middle students, who come from working-class households that do not qualify for funds from the National Student Financial Aid Scheme but at the same time cannot fully afford higher education, are particularly pressed, she said.

“They can somewhat afford the school fees but cannot afford the daily upkeep of being here," she said.

Moyo says that, in her opinion, more must be done to support these scholars who will ultimately fall through the cracks otherwise.

Another focus for Moyo will be seeing how each of the ten departments in her portfolio work, and evaluate if their strategic focus areas and aspirations align with SU’s strategy to advance research, innovation and postgraduate studies.

In her new role, Moyo hopes to improve gender equality and advance diversity among postgraduate students in science, technology, engineering and mathematics.

"We do not have enough Black people in mathematical sciences. I would like to see more local students pick up Masters and Doctoral qualifications,” she said.

She also wants to see more Black South African students come to study at the university. “We do get students from other African countries, but we need to focus on trying to attract locals. That attraction is linked to resources as well so we need to find money to support students.”

She said better diversity among staff would also attract young Black researchers. “Students will go into a programme if they can see people that look like them. Otherwise, it becomes very intimidating and it will become unlikely that they will last or finish that programme.”

However, she said, transformation is “not just a numbers game” but is also about creating an enabling environment for all staff and students to thrive. “Student experiences matter and so do staff experiences with a view of addressing areas that may be challenging.”

Moyo explained that Stellenbosch will undertake research initiatives that will provide evidence-based recommendations that will help it move forward in transformation.

Transformation, she said, is not just an issue for her institution but a challenge with a national reach.

Facilitating gender and racial equality in institutions of higher learning is not something that is handed out on a “silver platter”, she said. But, she added, over time it can be accomplished.

Partnership will be key, she noted—at regional, national and international levels. “I see my role as supporting our SU community to leverage its collaborative networks as well as pull in resources that will add value to these aspirations.”