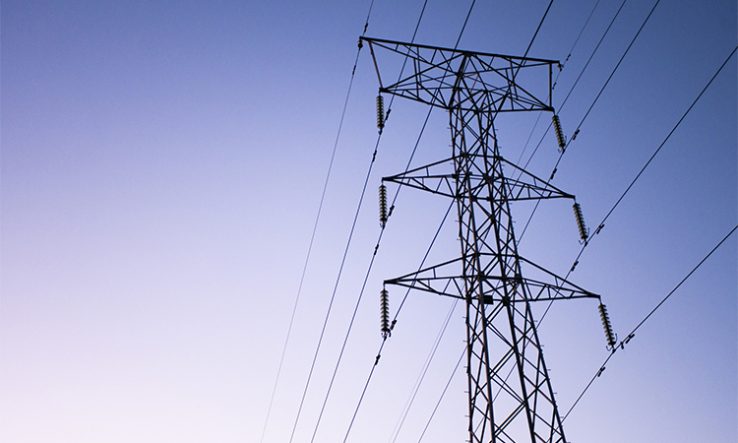 Electrical power lines at sunrise hang from a transmission pylon in Pretoria, South Africa, on Friday, May 31, 2019. Photographer: Waldo Swiegers/Bloomberg

Experiments could be forced overseas as country’s energy crisis deepens

South Africa’s power network is in crisis, with an ageing fleet of coal power stations that regularly break down, rampant corruption and vandalism, and a distribution system ill-equipped to handle new generating technology, such as solar and wind.

In Johannesburg, paleoclimatologist Stephan Woodborne needs these faltering power supplies to run the African continent’s sole accelerator mass spectrometry facility, which uses radiocarbon dating to determine the age of historical artefacts, as well as biological, hydrological and geological samples. The facility is used by researchers from across South Africa and beyond.

At the moment, the power goes off several times per day, meaning neither he nor Tebogo Makhubela at the University of Johannesburg—a geochronologist who uses a noble gas mass spectrometer in his lab—are able to run their experiments.

“There are instances where the amount of time we have power, say four hours, is just not enough to make a complete measurement,” said Makhubela. He plans to go to Germany in April to carry out the experiments he no longer can do in South Africa.

The situation has deteriorated further since 2019, when unprecedented ‘stage 6’ loadshedding was implemented for the first time. Stage 6 means the power is off 6-12 hours every day, spread over blocks that usually last two to four hours.

Last year was the worst to date, with loadshedding occurring nearly every day since September. This month the national power utility Eskom announced there was no end in sight to the interruptions.

Many life scientists told Research Professional News they have been forced to use backup power systems including uninterrupted power supply (UPS) units and diesel generators to continue their work. But these are rarely sufficient to run facilities that require a lot of power. They are also expensive.

Tulio de Oliveira, a bioinformatician based at Stellenbosch University, said a long-term solution would be to centralise more of South Africa’s research infrastructure.

“Backup systems are important but they can become very costly if every single lab is trying to build that,” he said. “Having core resources that are protected against loadshedding would be a more effective use of resources.”

Woodborne said he cannot run his experiments when loadshedding is higher than stage 2, when the power goes off 2-4 hours per day.

The 100 million rand (US$5.8m) accelerator generates three and a half million volts when in use, and must be safely switched off before the power goes off to avoid damaging the equipment—a process that takes two hours. Once off, it takes about six hours to get the particle beam back up and running to where it can start making measurements.

“We can’t even prepare the samples under stage 6,” he said. “I have no idea when we’re going to get down to stage 2, which is when I will be able to start running again.” He added that the situation is likely to damage South Africa’s reputation as a place that can do cutting-edge science.

According to Makhubela, the power crisis is also harming the country’s ability to attract scientific talent. “We are now at a point where even postdoctoral fellows from smaller economies in Africa and Asia are just not interested in coming to South Africa because they fear not being able to generate data for their research,” he said.

The situation could also undermine efforts to ensure South African research samples and field data can be studied without leaving the country, undoing years of work to stop ‘helicopter science’, he said.

“Just as our raw materials are processed abroad to make final consumer products, in research we will see increased shifts towards South Africa only being good enough for field data and sample collection,” he said.