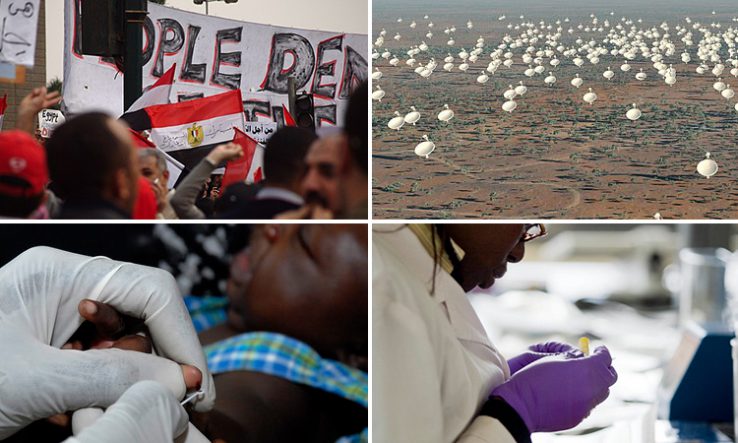 African science ministers meeting in Egypt in March 2010 agreed to call the years from 2011 to 2020 the continent’s “decade of science and technology”. The idea—originating from Libya’s then-ruler, Muammar Gaddafi—was to rally African nations to popularise science and raise funding for research.

The promised decade was to be launched in Alexandria in June the following year. But history got in the way. Egypt’s leader Hosni Mubarak, who had backed the initiative, was deposed in February 2011 in his country’s Arab Spring revolution. By the end of that year, the initiative was dead, as was its father, Gaddafi.

Africa’s grand Decade of Science may not have taken off. But the past ten years have witnessed a great deal of scientific development on the continent. Granted, science is still not at the centre of African policymaking—the vision set out by science ministers in Egypt in 2010. But there have been notable wins for the continent’s researchers, including a funding groundswell for astronomy and growing acceptance that Africans themselves need to have a say in what research is carried out on the continent.

For South Africa it’s been a decade of attrition. As the euphoria that accompanied the Soccer World Cup in 2010 ebbed, corruption and recession ate into the state’s coffers, squeezing the science budget a little more each year. Apart from the win that secured the lion’s share of the Square Kilometre Array radio telescope for the country, and the surge of financial support for astronomy that preceded and followed that announcement, it’s been ten years of tight belts and difficult conversations. Rhodes Must Fall protests sent shockwaves around the world, and put pressure on universities to acknowledge and address colonial and racist structures.

Elsewhere on the continent, many governments promised to increase their domestic spending on science and technology. Some did, but the amounts that materialised were invariably a fraction of those promised. And in countries where national research funds were established, a fresh challenge arose: how to keep the funding taps open year after year in the face of competing government priorities.

Kenya is as an example of this struggle: In 2013 its government laid the foundation for a National Research Fund to disburse grants, but it took the fund three years to become operational, and the first funding round, worth US$30 million, was not paid out until 2017. A second call was issued in December 2017 with a deadline of February 2018. As of September this year applicants were still waiting to hear if they had been successful.

On the other hand, plenty of funding has been flowing into the continent from overseas. Programmes like the African Network for Drugs and Diagnostics Innovation, launched in 2008, and the European and Developing Countries Clinical Trials Partnership, launched in 2003, have poured significant amounts of money into African clinical medicine.

There has also been a push to train African research leaders. These include the Wellcome Trust-funded Developing Excellence in Leadership, Training and Science Africa awards, the National Institute of Health Fogarty International Center’s Emerging Global Leader Awards, and the UK government’s African Research Leader award. All target promising researchers who need a leg-up to launch independent research careers.

Other initiatives have looked to the broad base of African knowledge production. The World Bank’s Centers of Excellence grants, launched in 2014, has so far supported over 100 universities and research institutes in sub-Saharan Africa to expand doctoral training provision and boost research output.

Finally, attempts have been made to move decision-making about African science closer to the continent. The African Academy of Sciences based in Nairobi, Kenya, now houses a grant management arm that looks after programmes for foreign research funders like the Wellcome Trust and the Bill & Melinda Gates Foundation, and also helps review grant applications to those programmes.

Could the decade have been better for African science? Certainly. The African Union could have done a better job juggling its various science plans, and putting them into practice. Indeed, the continental gathering seems weaker today than it did ten years ago.

African governments could have done more to increase their investments in science. Without the solid foundation such funding provides, most African researchers have to move precariously from one foreign grant to the next, and some might never get to lead research.

International funders could also have done better. Nearly all say they want research in Africa to be steered by African priorities and researchers—but even where that is the ideal, the reality often differs.

Still, there are grounds for optimism as we hit this century’s ‘20s. Although many of the problems that beset African science ten years ago are still in place today, the nature of the African scientist has changed.

Ten years ago, few researchers would have dared speak out against external forces that dictate activities their field, for fear that doing so would cut them off from influence or funding. Today, many young researchers on the continent are speaking truth to power.

A decade for science? Not quite. But it was a decade that grew the resilience and voice of the African scientist.