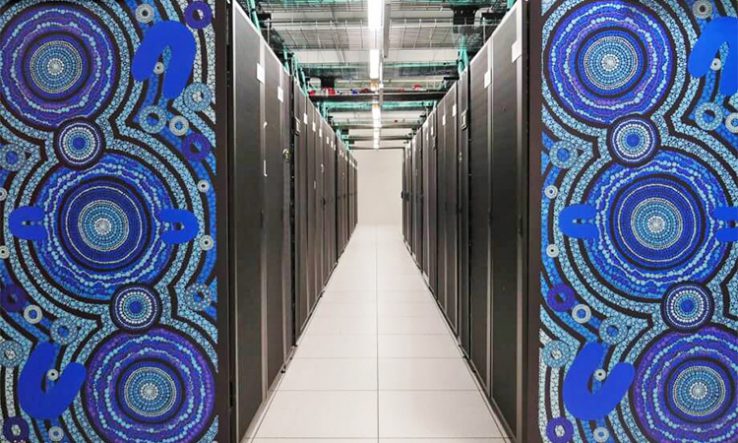 Supercomputers in Australia and Japan are fast-tracking the fight against Covid-19, with their advanced modelling capabilities cutting years off the time needed to understand the virus, a forum has heard.

Satoshi Matsuoka, director of the Riken centre for computational science in Kobe, Japan, told an Australian Academy of Science forum on the use of supercomputers in the fight against Covid-19 that the Japanese Fugaku computer could do in days what would take years on other computing systems.

The computer—the world’s fastest—became operational around the time the virus first broke out and has been used by a range of scientists. Virologists have used it to model the structure of the virus and the way various drugs might work against it.

“Running 200 substances on just one target—and the virus has many targets—would take a year,” Matsuoka said. “Whereas on Fugaku it takes just three days.”

In Australia, the National Computational Infrastructure centre in Canberra has been using the Gadi computer (pictured)—the 24th fastest in the world—to design anti-Covid drugs.

Kerrie Mengersen, from Queensland University of Technology’s faculty of science and engineering, told the forum on 7 December that for one piece of research by an Australian National University researcher, 800,000 atoms were being simulated. “This actually takes about 13 million hours of computing,” she said. “If you were to do this on a usual computer…it would take about 1,500 years.”

Both the National Computational Infrastructure centre and the Pawsey Supercomputing Centre in Western Australia have donated large blocks of computing time to Covid-19 researchers. Mengersen said the response showed the usefulness of such advanced facilities. “How do we respond to a pandemic like Covid-19, how do we respond to bushfires, how do we respond to these challenges that are impacting on our society if we don’t have supercomputers?”

Matsuoka said that one of the strengths of Fugaku was that it used the same underlying architecture as regular computers—the computer is as powerful as 20 million smartphones, he said. It was fortuitous that after 10 years of planning, Fugaku was ready early this year, he said. “It took a long time to design it and it took a long time to manufacture—and at the very last stage of manufacture, this whole Covid thing happened.”

Researchers were able to repurpose existing projects to understanding the spread of Covid-19, he said. For example, a programme to simulate fluid movements was “repurposed from studies on fuel injection on internal combustion engines” to aerosol spread: “Suddenly they realised, hey, this is the same physics as people coughing.”

At the same time, Fugaku was making the invisible visible, he said. “The motion of the atoms and the proteins…cannot be seen by any instrument, so it provides the missing links.”

South Korean researcher Dae-yeon Cho, from the Korea Agency for Infrastructure Technology Advancement, told the seminar that supercomputers running a “smart city” simulation had helped the country model the spread of Covid-19 and carry out detailed contact tracing. Emergency laws allowed the use of personal data such as credit card records to facilitate tracing to “identify dangerous places and let the public know”, he said.

Mengersen said the level of international cooperation by computing facilities during the pandemic had been inspiring. “It has come with such a pace and from different directions that we are all in this together. At a really fundamental level, we’ve needed to tackle this internationally, globally, in order to be able to resolve it.

“It really has broken down the boundaries in that way and hopefully then this will be a model for the future.”