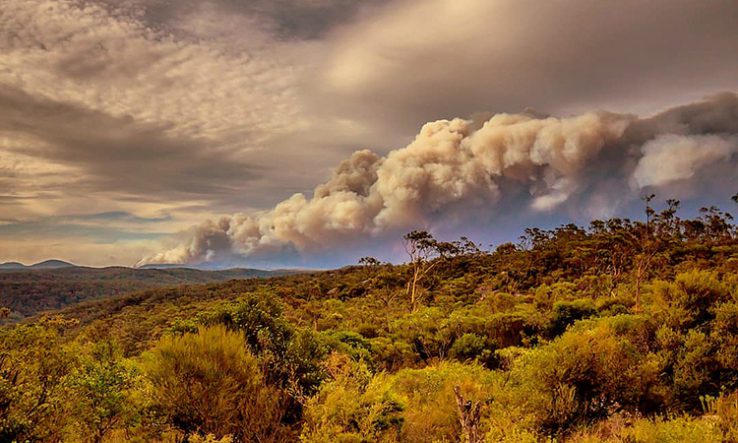 Daniel May, a PhD student at the Australian National University, has also warned that debate over the role of hazard reduction burning in bushfire control can become “a proxy for other political issues”.

“Australia has always had a ready supply of armchair fire generals. But the reaction to the current southern fires seems, like the fires themselves, to be more extensive,” he writes in an editorial for the Bushfire and Natural Hazards Cooperative Research Centre.

“The opinion industry has been churning out hot takes, rural and interface communities are genuinely outraged, and we are even confronted by the horrifying prospect of a coordinated online campaign of bots and sock puppets encouraging quick fixes and undermining nuanced discussion.”

May is working with the CRC on a research project investigating the political and cultural influence of Indigenous fire practices in Australia and the United States. His research also involves the history of fire management—and political debate over management practices—in both countries.

He says the recent fires, which have burned across more than 18.6 million hectares and destroyed over 2,700 homes, have led to an interest in cultural burning practices.

“Movements like the Firesticks Alliance, which seeks to reignite cultural burning in the southern states, hold great promise both for hazard reduction and especially as a way for Indigenous Australians to assert and fulfil their responsibilities to country,” May writes.

“But while cultural burning and prescribed burning might seem like the same thing, they are not identical, and they often differ in method, effect and especially intent. Appropriation is a danger, as is exploitation or rushed failures. Cultural burning isn’t the answer; it is part of a multitude of answers, and needs to be considered patiently, respectfully and locally.”

Prime minister Scott Morrison and several conservative politicians from the Liberal and National parties have suggested that a lack of hazard reduction burning played a role in the scale and ferocity of the fires. This has been rejected by New South Wales fire chief Shane Fitzsimmons, who argues that climate change is the main driver, causing hotter and drier conditions.

“To say that experts, researchers and practitioners disagree about the answer is to put it mildly,” May says.

“Among experts, suspicions about motives and trench mentalities abound, tied up with cross-disciplinary rivalries, political ideologies and implicit knowledge hierarchies. Your model versus my anecdote; your beliefs versus my facts. The debate can seem like a black hole.”