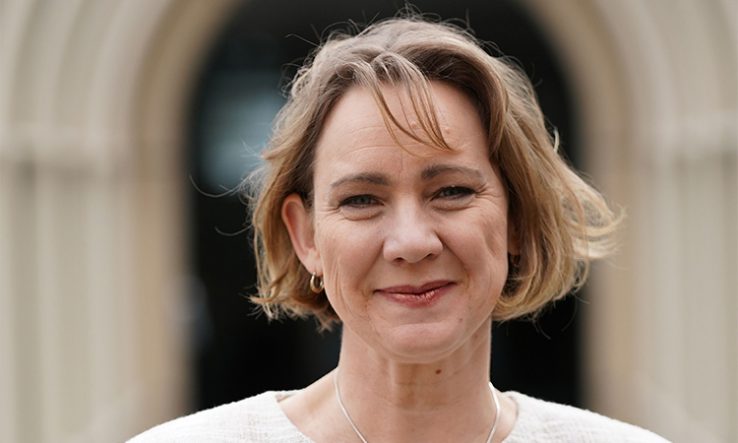 Launching the State of the Climate 2020 report, Jaci Brown (pictured), research director at the Commonwealth Scientific and Industrial Research Organisation’s Climate Science Centre, said that “we had an envelope of where we thought we were going, and we’re seeing that play out”.

The sixth biennial climate report, written jointly with the Bureau of Meteorology, shows that 2019 was Australia’s hottest year since records began. It predicts an increase in overall temperature and ocean and land temperatures, as well as more frequent extreme weather events.

The centre’s work includes research on carbon capture and adaptation to climate change, including helping farmers plan for the changing climate. “New types of crops, new things to plant, new ways to work together to get us through these next few decades,” Brown said. She would not be drawn on the carbon emission targets that Australia’s government should set.

As scientists, she said, “we want to provide you with the information so you can make those decisions, so you’ve chosen that future rather than being surprised when that future comes upon us.”

She said that although 2020’s emissions had been lower because of the pandemic, “we still saw an increase in [atmospheric] carbon dioxide”. “It’s like you’ve been eating junk food for 10 years and you go on a diet for one day, and you jump on the scales the next day expecting to go down a dress size,” she said.

“A big challenge for our children and grandchildren will be how to flatten this [carbon emissions] curve. We think of this decade as being hot, but this decade will be one of the coolest in the coming decades.”

Australia has not yet set a zero emissions target date.

Karl Braganza, manager of the climate environmental prediction service at the Bureau of Meteorology, said the most significant change in the latest report was a decrease in cool season rainfall. “The changes in rainfall equate to a 60 per cent reduction in stream flow,” he said.

Australia’s overall average temperature has risen by 1.44 degrees Celsius since 1910, the report shows.

Braganza said that the research showed predictions from the past were sound; the bureau is now trying to model the more extreme weather events that are emerging as an effect of climate change, as well as the overall trends. “The projections that we’ve run in the past have been broadly consistent with what we’ve seen,” he said.

For the coming year, a La Niña weather pattern means that extreme rain and flooding events are likely, comparable to the 2010-11 events, he said. However, that does not mean a lower likelihood of extreme fires.

Brown said one of the big challenges in the coming years would be planning how to deal with extreme events occurring together: “So you get fires, followed by hailstorms.”

Braganza said the bureau was researching the way climate change interacted with existing variables, such as the La Niña and El Niño effects, and that it was vital to maintain monitoring capability so mitigation efforts could be assessed. “We need to be able to measure what impact that has to see if we’re on the right track.”