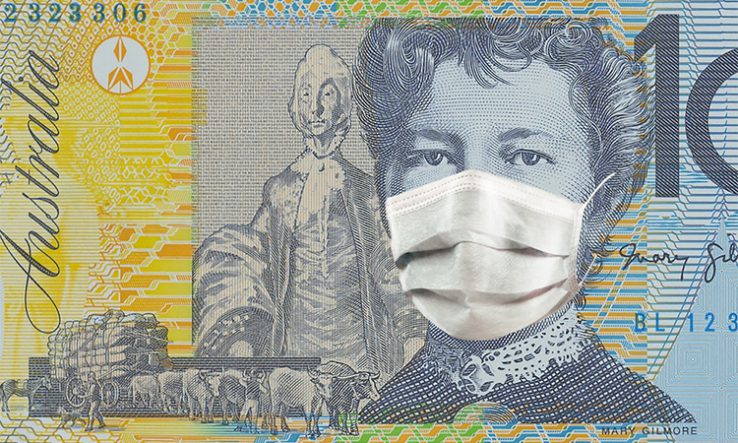 Supporters of the Australian university sector have been muttering darkly into their face masks this month, after it emerged that New York University’s Sydney campus qualified for support from a billion-dollar Covid-19 support fund they have struggled to access.

The A$130 billion JobKeeper wage subsidy programme was formulated in early 2020 by the government as it raced to shore up Australia’s economy. Businesses showing a 30 per cent drop in turnover qualify for a wage subsidy of A$1,500 a fortnight for each employee.

With more than 6.1 million people on the programme, JobKeeper is credited with keeping countless businesses afloat and saving up to one million Australian jobs.

NYU joined four private Australian universities that qualified for JobKeeper—there is no suggestion that any of them are not entitled to the money they have received.

But the news has roiled researchers at major research universities that have seen little if any JobKeeper money.

Speaking with Research Professional News, adjunct professor Gavin Moodie, of the University of Toronto’s Department of Leadership, Higher and Adult Education, describes the government’s stance on JobKeeper as one more salvo in what he calls the ‘culture wars’.

Moodie, who spent decades working in the Australian HE system, believes the government is trying to “cut universities” capacity to shape their own research directions to increase the government’s power to direct university research”.

Public universities expected to be included in the programme when it was launched. When the government announced that charities could qualify with losses of just 15 per cent, universities—which are registered charities—hoped they could do the same.

But that wasn’t the case. And critics have said subsequent legislative amendments sometimes appeared deliberately designed to exclude public universities from the economic lifeline.

Executive director of the Innovative Research Universities Group, Conor King, told Research Professional News he is “not concerned” about NYU’s eligibility for JobKeeper. But he does question the “obvious inconsistency in not providing support to the standard Australian universities using the same tests”.

Universities were forced to count the funding they received under the commonwealth grants scheme towards their revenue, unlike other charities which could exclude government grants from their calculations.

And while businesses and charities can calculate losses over any month or quarter between April and September 2020, universities must show a decline of 50 per cent, or 30 per cent for those with revenue of less than A$1bn, for the first six months of 2020. This was a blow to public universities whose biggest revenue hit came in the second half of the year after border closures stopped international student arrivals.

Publicly, universities have been tight-lipped about the latest controversy.

Of the institutions approached by Research Professional News for comment, only the University of Sydney was willing to speak publicly.

A spokesperson said that the university was “disappointed” by changes to the JobKeeper requirements, adding that they were “hopeful” the government would help “protect our world-class education and research during this unprecedented crisis”.

Federal Shadow Minister for Education and Training, Tanya Plibersek, was less guarded. In a radio interview, she said she “didn’t understand” it.

“The government has deliberately changed the rules three times to make sure universities can’t access JobKeeper. This is our fourth largest export industry. If coal or gas or iron ore were suffering in the same way, the government would be there to help.”

Spokesperson John Beckman told Research Professional News, “The Sydney site is one of NYU’s Study Abroad sites. Because of restrictions on international travel, our students were not able to travel there, resulting in a very large impact on NYU Sydney’s budget.”

He added, “NYU Sydney’s employees are all Australian workers. NYU Sydney applied for funds for the reason we understand the programme to have been put in place: to provide financial support to Australian workers who otherwise might have been laid off due to the Covid crisis. And that’s the purpose to which the funding has been put.”

NYU differs from Australia’s public universities because its funding comes from private sources and endowments. In the eyes of the government, that makes it a business like any other.

A spokesperson from the Australian Government’s Department of Education, Skills and Employment did not respond to the suggestion that the JobKeeper scheme had been designed to keep out public universities.

In a statement to Research Professional News they said, “All Australian public universities are eligible for the JobKeeper Payment if they meet the eligibility criteria including the relevant decline in turnover test.”

They added that in 2018 nearly A$18bn of Australian universities’ total revenue of over A$34bn came from the government, which has committed to maintaining those levels of support.

But with the loss of international fee-paying students, Australian universities are under enormous financial pressure. Demand on resources will also be amplified, as it is expected that as many as 20,000 domestic year 12 students who would usually take a gap year in 2021 to work and travel will commence their studies instead.

Moodie sees all this as a government attempt at “keeping universities in their place”. The outcome, he says, will be “poorer and weaker universities offering less direct public analysis of actions by the government and the people it supports”.